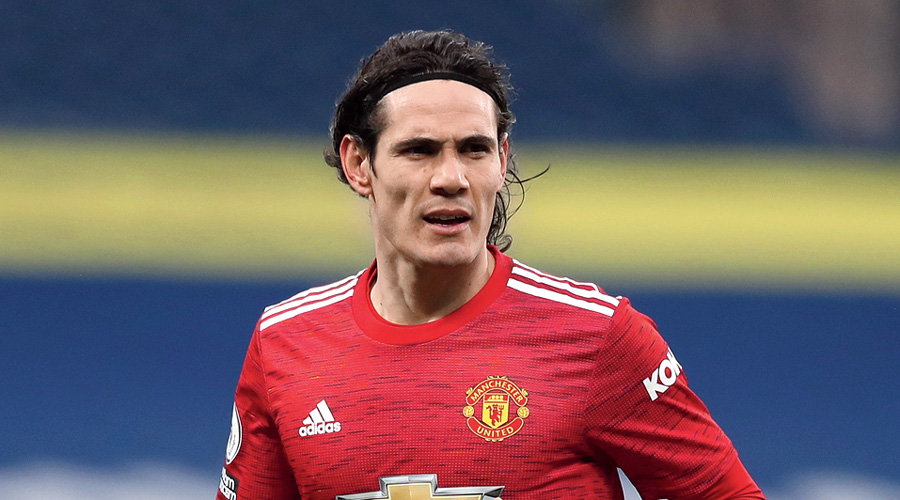 Substitute Edinson Cavani scored in the second half to help Manchester United salvage a 1-1 draw at struggling Newcastle United in the Premier League on Monday.

The result stretched Manchester United interim manager Ralf Rangnick’s unbeaten start to four games in all competitions but the German will hardly be pleased by a toothless performance with goalkeeper David De Gea rescuing the visitors.

Cavani netted an opportunist 71st-minute equaliser after Allan Saint-Maximin gave the home side a seventh-minute lead with a fine individual effort, side-stepping two markers before he fired past De Gea.

Ten-man Southampton held on for a 1-1 draw against Tottenham Hotspur at St Mary’s on Tuesday, as Antonio Conte became the first manager to go unbeaten in his first seven league games in charge of Spurs.

James Ward-Prowse gave Saints a deserved lead midway through the first half with a swerving strike, but the momentum swung in the visitors’ favour when Mohammed Salisu tripped Heung-min Son to concede a penalty and pick up a second yellow before the break.

Harry Kane dispatched the spot kick, but the England captain had a expertly-taken second ruled out by VAR for a narrow offside in the second half and Conte’s side couldn’t find a way past goalkeeper Fraser Forster.

West Ham United ended a three-game winless run in the Premier League, romping to a 4-1 win at struggling Watford to move up to fifth place. West Ham’s win meant that Tottenham dropped to sixth on 30 points. United are seventh on 28 points from 17 games.

Newcastle’s Saint-Maximin, who tormented United’s shaky defence, beat De Gea with an off-balance shot as he weaved his way into the penalty area.

Saint-Maximin spurned a sitter early in the second half with a scuffed shot from five metres and De Gea made two stops in quick succession, keeping out the Frenchman’s low drive before he blocked Jacob Murphy’s close-range effort.

The home side were punished for their misses as Cavani squeezed a snap shot past keeper Martin Dubravka at the second attempt after his initial shot was blocked following a Diogo Dalot cross from the right.

“I didn’t like the performance at all,” Rangnick said. “Today we didn’t control the game apart from a few moments. It’s all about energy, physicality and who wins the second ball. In all those areas we weren’t at our best. The good thing is we got a point but the performance needs to be better.”