No exit clause in the agreement, Emami to hold 77 per cent share 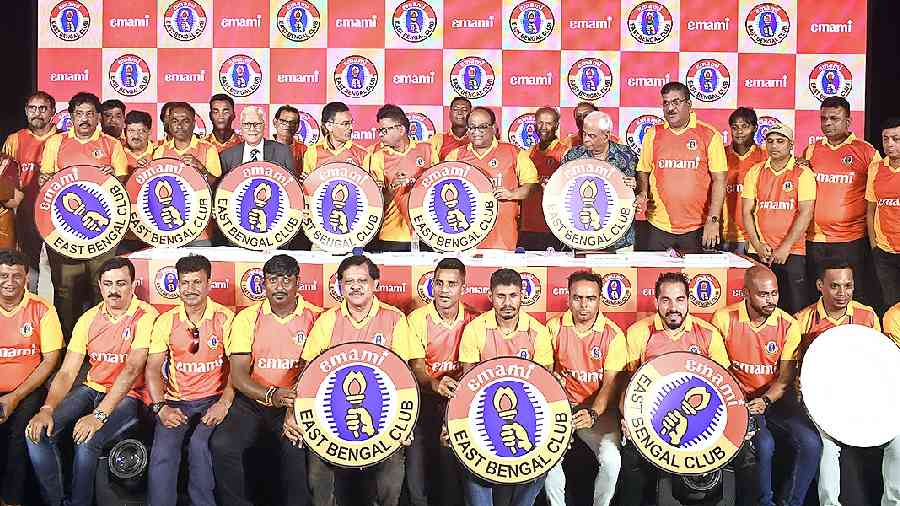 The announcement was done a few days back and the formalities were completed on Tuesday — East Bengal have officially entered into a partnership with the Emami Group, forming a new company, Emami East Bengal FC Private limited.

In the newly formed entity, Emami Group has 77 per cent share while East Bengal hold the remaining 23 per cent.

“It’s a great honour to join hands with East Bengal. We (Emami Group) are based in Calcutta.

“I would say two giants of the city are joining hands and I am sure and confident that this will be a huge success. The team will play as East Bengal FC and we are looking forward to getting good results,” Agarwal said.

Deal signed, the focus of the company now is on building a strong team. “Our first priority is to have a strong team for the Indian Super League (ISL) and all the other tournaments, that is our main focus at this point in time,” Agarwal added.

He also believes that the partnership between East Bengal and Emami would go a long way. “There is no exit clause in the agreement. That means we are not thinking about that.

“It has been a good start for us. We have appointed Stephen Constantine as our head coach. He has experience in Indian football. I am sure we will make a good team and hope we get success.”

Manish Goenka, another director with Emami, said: “Our aim is to support football. We not only promote the club, but also encourage young players to take up the game as a career, so that Bengal can produce world-class football players.”

The Durand Cup would be the first tournament of the season for East bengal FC.

Senior club official Debabrata Sarkar said the team will start practising from this week itself. “We are very happy with our partnership with the Emami Group. We have had only three-four meetings before everything got finalised. We have already started the team-building process. Our reserve team coach, Bino George, is here with us and the team will start pre-season within this week,” Sarkar informed.

“We hope our head coach Stephen will get his visa on Wednesday and he will join the team as early as possible. He has given us names of a few players and we are trying to bring them on board. Stephen will take the final call about the foreign players as well.”

The transfer window ends on August 31.

East Bengal FC are set to sign four to five players within this period. The newly formed board will have 10 members, with seven of them being from the Emami Group.

Prasanta Banerjee, a former India international and East Bengal’s captain in 1979, believes the team would do reasonably well in the upcoming season.

“I strongly believe the team management will form a strong squad and we will do well. Players have nothing to do with what is happening behind the scenes, when they are on the ground, they will definitely give their best,” Banerjee said.