Italy and Spain waking up to women's football 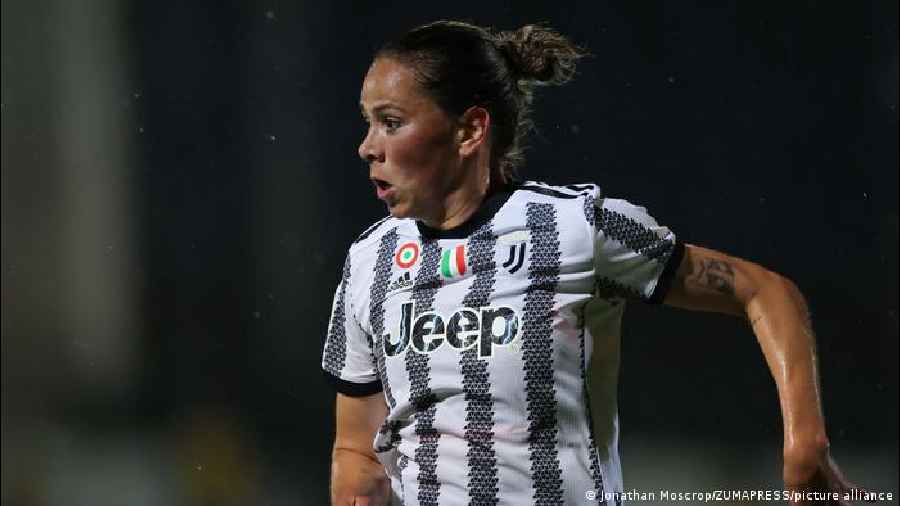 For a long time, conservative Italy has sat and watched as the other major western European powers have experienced a growth in women's football. Now that there may be money to be made, they're in a hurry. This season sees the start of a fully professional league, which is more than can be said for the German Bundesliga. "Foreign players are now interested in coming here," Juventus coach Joe Montemurro said, while his captain Lisa Boattin  spoke of how long it had taken to win the financial battle.

The increasingly international flavor of the league was apparent in the spectacular headline match of the second round of fixtures, a 3-3 draw between Juve and Inter. Former Bayern forward Lineth Beerensteyn (Netherlands) scored twice while the arrival of Iceland international Sara Björk Gunnarsdottir from Lyon at Juve is another sign of that club's growing stature. The scorer of two of Inter's goals, Tabitha Chawinga, is from Malawi and on loan from China.

Which goal was your fav of the day?

With the national team having just qualified for a second successive World Cup after a disappointing Euros, some critics are starting to be appeased. The new money, provided by private investors, is increasing competition, while the league has been reduced to ten teams. It was possible to buy participation, which meant Empoli’s place was taken by Parma, a former third division club, financed by a board member of a US supermarket chain. "When an opportunity arises, you have to seize it," said club owner Kyle Krause, who has been a strong advocate for more equal distribution of money in Italian (men's) football.

Nevertheless, in Empoli several fan groups protested against the subsequent disbanding of their women's team. In an open letter, they spoke of a lack of interest within the club and of purely economic motives for the sale, suggesting there wasn't a lack of time to raise money, more a lack of will. In Parma, at least, the will is present. There, fans of the men can now also visit the women's games free of charge with their season ticket.

While professionalization is perceived by many to be the only way for women’s football to progress, there’s also little doubt that it opens the door wider to financial, rather than sporting, interests. There is also the potential for the distance between players and fans to become greater. Is there a better model for the women’s game?

Whenever there have been records to report in women's football recently, they have always gone to England: the highest TV deal, the highest transfer fee, the only professional league on the continent. But the balance of power is changing this year. The Spanish league has just signed a five-year deal worth €35 million euros with digital broadcaster DAZN, and has also announced a professional league in the form of Liga F. The new league's slogan: "Football without an F is not the same" is not bad at all. And it is certainly not insignificant that an Englishwoman has been lured to Spain for a world record fee.

Euros-winning midfielder Keira Walsh has moved from Manchester City to Barcelona for €460,000. A little warning shot from Liga F to the WSL. Her club and international teammate Lucy Bronze made the same move ahead of the Euros. Thanks to plenty of hard work, the Spanish have gone from also rans to the second best league in Europe. They may soon surpass that.

But right now however, there is a black mark. The first matchday of Liga F was postponed because of a referees' strike. "We are sad and frustrated. We worked for many months, but in the end there was a lack of respect," said league president Beatriz Álvarez.

But where is the real lack of respect? The referees are fighting for professional contracts and higher salaries. They argue it is not a true professional league when referees only make €320 euros and assistants €160 per game.

When the strike was announced last Thursday, ahead of the start of the competition, the referees and assistant referees released a statement saying:

"The referees want to provide the best possible service to football and that necessarily means having minimum working conditions comparable to this of the refereeing establishment of the men's professional competition."

However, Álvarez took issue with the Spanish football association, adding: "The Spanish soccer federation has from the very start tried to boycott the professional women’s league and the Higher Sports Council has allowed it to do so."

A complex situation. Industrial disputes cannot simply be dismissed with a reference to solidarity. And women's leagues continue to face obstacles.