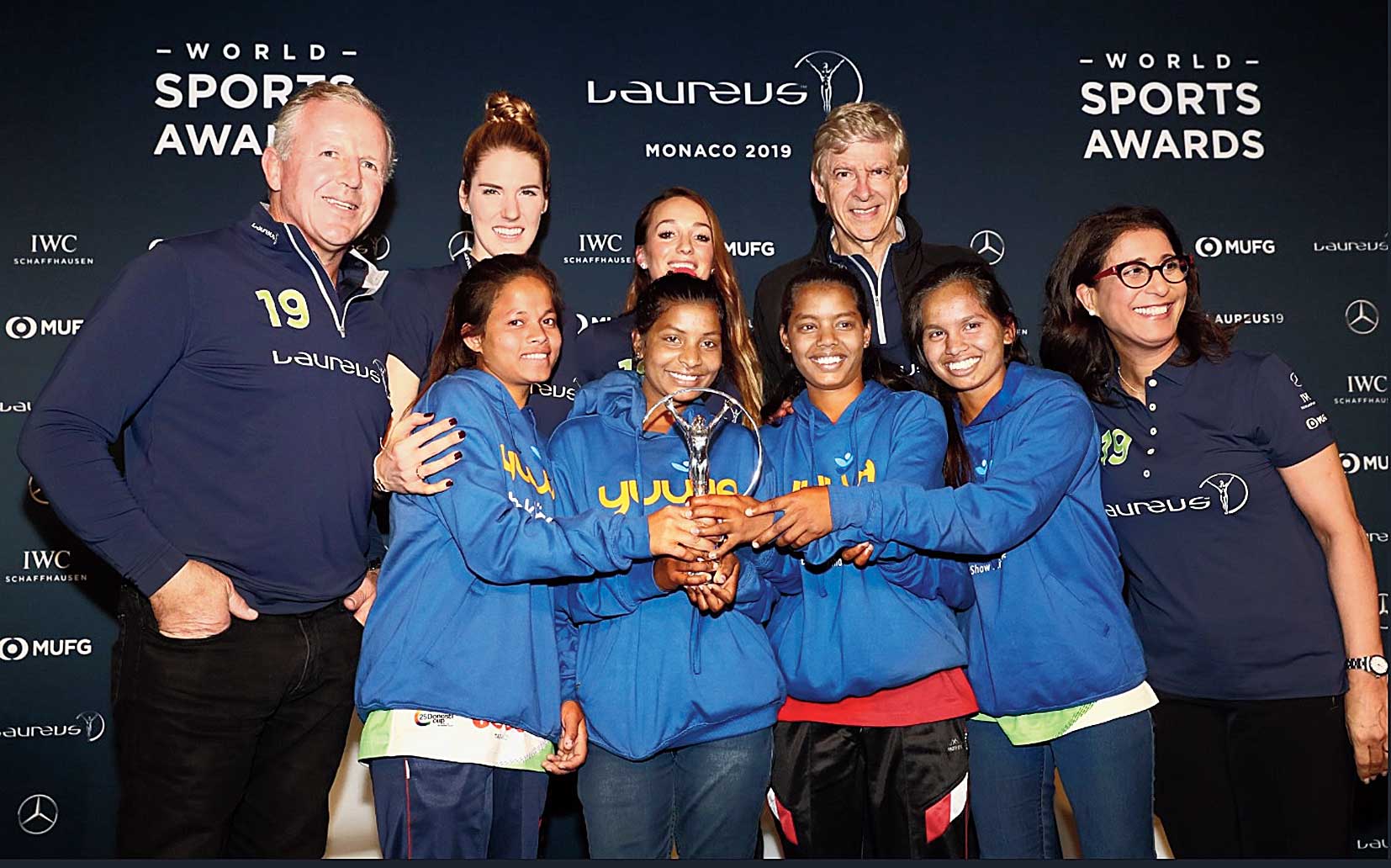 Yuwa, a voluntary outfit that engineers a better future for rural Jharkhand girls by using the beautiful game to build character, confidence and courage, won the prestigious Laureus Sport for Good Award in Monaco on Sunday.

Laureus is a global movement that celebrates the power of sport “to bring people together as a force for good”. Yuwa, founded by Americans Franz Gastler and Rose Thomson Gastler in 2009, runs a football programme with 450 girls in this tribal state. It has become the third Indian entry to bag the honour, which was instituted two decades ago.

“They are good technically and want to play together. We used to say football is a sport played by 11 selfish individuals, but they play like a team and are highly motivated,” said Wenger who played ball with the young talents ahead of the announcement.

Franklin too was moved by the girls all of whom hail from humble backgrounds and were saved by football from the risks of child marriage and trafficking. “It is just so inspiring to hear their story and meet them. I am glad I could spend some time with them,” said the 23-year-old swimmer who retired from active sports in December last year.

Radha told a sports magazine that she was more than just glad to be receiving the award on behalf of Gastler and Yuwa. “It is great just being here,” she said during the ceremony.

The first Patron of Laureus was Nelson Mandela. At the inaugural Laureus World Sports Awards in 2000, President Mandela had said: “Sport has the power to change the world. It has the power to inspire. It has the power to unite people in a way that little else does. It speaks to youth in a language they understand. Sport can create hope where once there was only despair. It is more powerful than governments in breaking down racial barriers.”

Indians made their way to the Laureus awards for the first time in 2004 when the national cricket team and its Pakistani counterpart shared the Sport for Good honour for resuming bilateral ties.

Magic Bus, a Calcutta-based foundation, won the Laureus Sport for Good award in 2014.