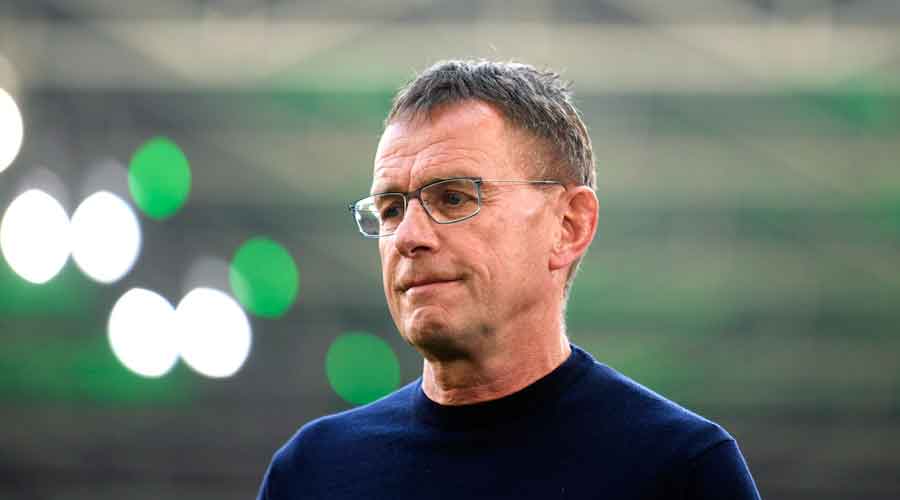 Manchester United manager Ralf Rangnick insisted it made no sense to boo individual players after the club’s fans turned on French midfielder Paul Pogba in their 3-2 Premier League win over Norwich City on Saturday.

Cristiano Ronaldo’s 50th career club hat-trick dragged a below-par United over the line at Old Trafford to revitalise his side’s hopes of a top-four finish, but the match was marred by supporters voicing their discontent.

Thousands of fans marched in protest against the club’s owners ahead the match, before the players were targeted as Norwich came from 2-0 down to level at 2-2, with chants of “you’re not fit to wear the shirt” coming down from the terraces.

Pogba was then booed as he was substituted and he was again targeted by fans as he walked off the pitch, appearing to cup his ears in the direction of the United supporters.

“I didn’t hear it myself to be honest (the booing), but I was talking about it with my staff afterwards,” Rangnick said. “I think the fans here are amazing, I really do. The support in the stadium today (Saturday) was great, it could not have been any better.

“I can understand if the fans are frustrated and disappointed but I don’t think it makes sense to take on and to target any individual player. It is a collective responsibility.

“Even if you look into the past it does not make sense. This is why I will always defend and protect my players.”

While Rangnick was full of praise for Ronaldo’s efforts as the Portuguese veteran took his goal tally to 23 in all competitions, the German was less positive about his defence, who almost cost United a valuable three points.

They are now only three points behind Tottenham Hotspur in fourth in the race for Champions League qualification, but Rangnick was not overly confident of getting the job done, especially with title-chasing Liverpool up next on Tuesday.

“Everybody has seen the game, we all know what team we’re playing on Tuesday,” Rangnick added. “They might have the chance to win four trophies. If we play like we did today it will be very difficult to get even a point out of this game.

“Our defensive shape was the biggest issue for me today although I wouldn’t say shape because I don’t think it had anything to do with shape. I’m not really happy with our performance when we weren’t in possession of the ball.

“I know there are no easy games in this league but we have to defend better than we did today no matter what the opposition. Even more so if we think about the upcoming next games.”

The win moved Newcastle up to 14th place on 37 points, 12 above Burnley in 18th spot, with Leicester three points ahead of the Magpies in ninth.

Leicester went in front in the 19th minute from a cleverly-worked corner, the ball driven low into the box and pulled back for Ademola Lookman to fire goalwards, with his shot squirming under the body of Martin Dubravka into the net.

Guimaraes levelled for Newcastle on the half-hour mark, poking the ball over the line from between the legs of keeper Kasper Schmeichel, and the game looked to be heading for a draw until he popped up deep into second-half stoppage time to head home the winner from Joe Willock’s cross.

West Ham midfielder Tomas Soucek scored his fifth league goal of the season to cancel out Burnley forward Wout Weghorst’s first-half strike and snatch a 1-1 draw against their managerless opponents at the London Stadium.

Soucek pounced to level the scores after a curling free kick by Manuel Lanzini glanced off Weghorst and into his path in the 74th minute to deny Burnley caretaker Mike Jackson a first win after they sacked long-serving boss Sean Dyche on Friday.

The result also denied 18th-placed Burnley the opportunity to close the gap on Everton above them to one point, heaping the pressure on the team with seven matches left in the season to avoid the drop to the second-tier Championship.