Edouard turned provider in the 70th minute, picking out Zaha in the box for him to calmly slot home what proved to be the winner 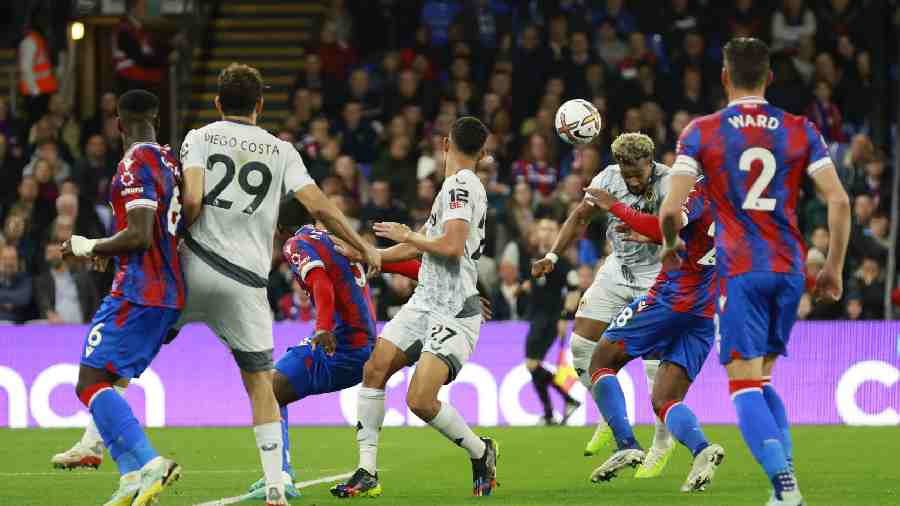 Eberechi Eze and Wilfried Zaha struck second-half goals for Crystal Palace as they came from behind to beat Wolverhampton Wanderers 2-1 in their  Premier League clash at Selhurst Park on Tuesday.

Both sides had early chances, with Cheick Doucoure hitting the post with a bouncing pile-driver for Palace in the fifth minute before Diego Costa scuffed a close-range shot for the visitors that was deflected wide for a corner at the other end.

Known more for his tricky dribbling and powerful shooting than his aerial ability, Wolves winger Adama Traore opened the scoring in the 31st minute with a superb downward header from Hugo Bueno’s cross to give his side the lead.

The visitors could have gone in two goals up at the break after Traore was dragged down outside the box in first-half stoppage time, but Ruben Neves smacked the resulting free-kick off the righthand post.

Palace levelled early in the second half with a goal that bore more than a passing resemblance to Traore’s, with Eze ghosting in at the far post before firing a downward header back across the goal and in.

Odsonne Edouard flashed a spectacular bicycle kick just wide of the top-right corner midway through the second half as both sides put together some slick attacks, but struggled to convert them into efforts on target.

Edouard turned provider in the 70th minute, picking out Zaha in the box for him to calmly slot home what proved to be the winner.

Brighton & Hove Albion failed to score for the third league game in succession as they were held to a 0-0 draw at home by struggling Nottingham Forest.

Roberto De Zerbi’s side dominated throughout but lacked a cutting edge as Forest hung on for a gritty point.

Aston Villa manager Steven Gerrard has backed medio Philippe Coutinho to rediscover his form, saying the Brazilian needs “a little bit of luck” much like his team.

Coutinho has not scored or bagged an assist in the 11 games he has played this season for Villa, who sit two spots above the Premier League relegation zone. “The age he is at and the talent, I have full confidence and belief in Phil,” Gerrard told reporters on Wednesday, a day before his team’s trip to Fulham.

“Obviously, the statistics suggest he’s not at his best, but we will give him every bit of support he needs.”