Australia urge to succeed ‘in their eyes’ 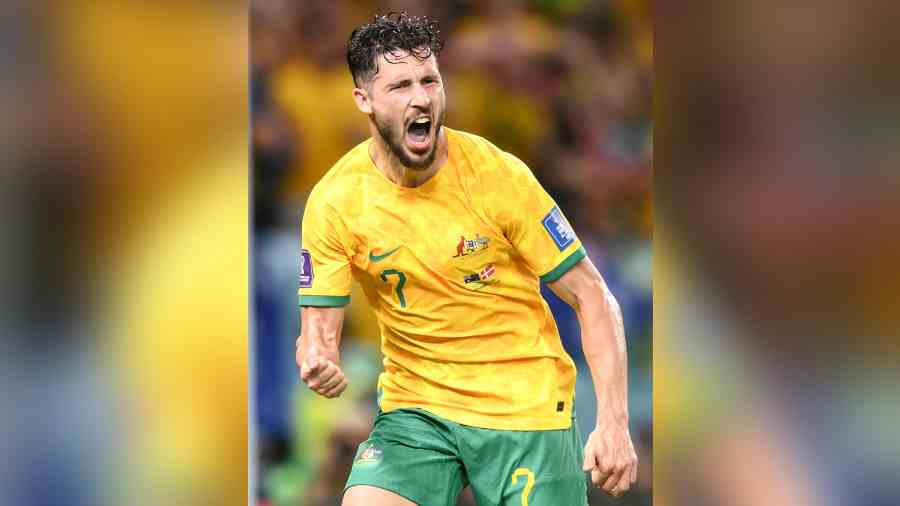 Australia reached the World Cup last 16 for the first time since 2006 after Mathew Leckie’s strike earned them a gritty 1-0 upset win over Denmark in their final Group D match on Wednesday.

After a goalless first half in which Denmark looked lively and had more possession, Australia scored on the counter in the 60th minute when Leckie got past the Danish defence and twisted into space before slotting the ball home.

Australia finished second with six points, level with group winners France after the world champions lost 1-0 to Tunisia. Denmark were bottom on one point with Tunisia third on four.

“We always knew we could do it as a group. We had our doubters but our spirit, our belief, our work ethic and how close we are as a group shows on the pitch.

“The last 15, 20 minutes we battled until the end. It didn’t matter what they threw at us, we weren’t conceding. We’ll make the most of it tonight, but then it’s all about recovery.”

Graham Arnold’s side next face Group C winners Argentina.  In 2006, Australia lost 1-0 to Italy in the last 16.

Denmark created chances in the first half and could have taken an early lead but Jesper Lindstrom’s shot from close range was blocked before Australia goalkeeper Mat Ryan parried away an attempt from Mathias Jensen.

The Australian defence was guilty of gifting space to Joakim Maehle on the left in the 19th minute as the defender drilled the ball into the box, but Ryan once again came to Australia’s rescue, kicking the ball away.

They finally broke the deadlock at the hour mark as Leckie timed his run perfectly and sent the ball through Maehle’s legs before beating Schmeichel.

Denmark thought they had been handed a lifeline 10 minutes later when the referee awarded a penalty for a foul on Kasper Dolberg, but it was quickly overturned after the flag was raised for offside.

. “We’ve been working on this for four-and-a-half years, and I could see in their eyes they were ready tonight,” coach Arnold said.

“No celebrations tonight! That’s why we won after a great win against Tunisia, no celebrations, no emotion, sleep and no social media.”