We finished third but we are a big team with a very good squad. We aren’t under any pressure playing against champions: Juan Ferrando 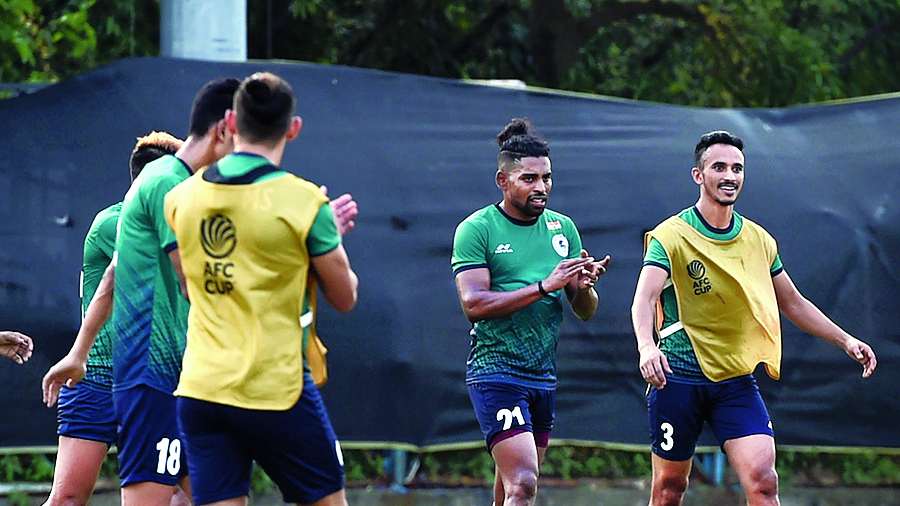 It will be a battle between Indian Super League (ISL) and I-League clubs as ATK Mohun Bagan lock horns with Gokulam Kerala FC in an AFC Cup group D encounter at the Salt Lake Stadium on Wednesday.

Gokulam Kerala FC won the I-League on Saturday. More importantly, they lost just one match in the whole tournament.

But ATK Mohun Bagan coach Juan Ferrando believes they are up for any challenge. “Gokulam Kerala are on a high (but) we’ve had three weeks to put in the work, and I am satisfied with the preparation. It’s going to be a new beginning and we are ready to give our best,” Ferrando said on the eve of the match.

Gokulam Kerala coach Vincenzo Alberto Annese, on the other hand, thinks this is the perfect stage to show that the I-League club is not far behind their opponents as far as the quality of their squad is concerned.

“Personally I am a bit emotional. The budgets are different for ISL teams. Maybe their budget is many times higher than ours. But the budget doesn’t matter to players. I am very involved in this game. Commitment and respect towards opponents is important but we will not make it easy for ATK Mohun Bagan.

“We both have 11 players, everything is possible in football. We know the quality of their players, but I know my players well too. We know our strengths and power, and we will play to win,” Annese said.

Bagan’s Ferrando added that it would not be an easy outing for Gokulam. “It’s not a disadvantage that the other three teams in our group are champions of their respective leagues...

“We finished third but we are a big team with a very good squad. We aren’t under any pressure playing against champions,” added Ferrando. ATK Mohun Bagan finished third in the 2021-2022 ISL league stage.

The other two clubs of the group are Maziya Sports & Recreation of the Maldives and Bangladesh Premier League champions Bashundhara Kings.

Ferrando thinks playing at home is going to be an advantage for his side.

“To play at home is always amazing. The supporters are a big advantage, but on the pitch, we will be playing a strong team. We are working hard to be ready,” he said. Star striker Roy Krishna didn’t play the qualifiers due to personal reasons. But he is set to make a comeback in the group stage matches. Defender Sandesh Jhingan could also feature in the squad.

For Annese, the presence of ATK Mohun Bagan supporters in the stands would be interesting. “It’ll be interesting to play in front of such supporters. It’ll be similar to our I-League decider against Mohammedan Sporting (Gokulam Kerala won 2-1).”

In the second match of the day at the same venue, Bashundhara Kings and Maziya Sports & Recreation will look to carry their domestic form into their AFC Cup clash.

Bashundhara King’s injured skipper Topu Barman will be missing the game. “He’s a key player of our national team. He’s our captain. But we are confident that it would not affect us too badly,” Bashundhara Kings coach Oscar Bruzon said.

Their head coach Miodrag Jesic said his team is not under any pressure.