At 61, Sanjoy Sen goes for upgrades 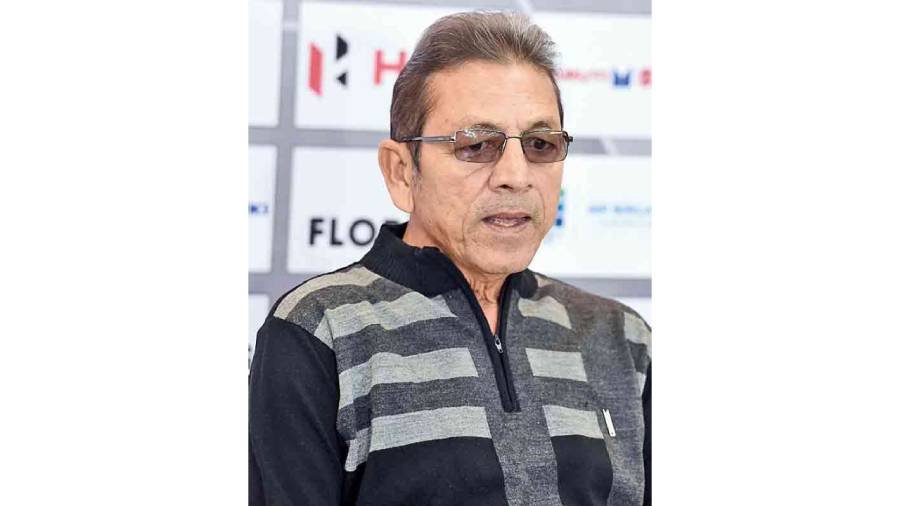 At 61, Sanjoy Sen is still game to take up challenges. The I-League-winning coach had guided Mohun Bagan to a memorable triumph in May 2015, completed the first of the five modules mandatory to earn a Pro-Licence batch.

Eighteen A licence coaches had a hectic 10-day session in Chandigarh from May 10 and Sen was the senior-most of them.

Rennedy Singh, Ishfaq Ahmed, Mehrajuddin Wadoo, Noel Wilson, Anthony Perreira, Bibiano Fernandes and Bastab Roy are some of the big names who have decided to go for the top coaching licence.

“Football is changing every minute. If you want to keep yourself in sync with the modern ways of coaching you have to constantly upgrade yourself. I got my A licence way back in 2009 but couldn’t complete the Pro-degree due to my professional commitments. When I finally decided to get the badge, Covid-19 threw everything off. I am happy that finally it has started. It’s a new challenge and I am loving every bit of it,” Sen told The Telegraph.

Among the coaches, Ishfaq and Mehrajuddin were in Mohammedan Sporting when Sen masterminded the IFA Shield triumph in early 2014.

“There is nothing odd about it. I learnt from my players when I was coaching. They are more mature now and doing a great job in their respective clubs,” he said.

Ishfaq is with ISL side Kerala Blasters while Mehrajuddin worked at Sudeva FC during the recently concluded I-League.

Ishfaq was all praise for his former coach. “Sanjay sir still has the thirst to learn new things. It was great to have him amongst us,” he said from Srinagar.

Sen revealed since the schedule hardly gave any breathing space, there was no time to exchange notes with fellow coaches. “We landed on May 9 and the course started from the next morning. Everyday from 7.45am to 7.30pm we were attending classes. Hardly got any time to catch up with others,” the South Point School almuni said.

The All India Football Federation (AIFF) hosted the course in Chandigarh after a gap of six years. Initially it was supposed to held in Srinagar but the venue was changed after Jammu and Kashmir Football Association protested that they were kept in the dark.

Coach educator Kim Poulsen, who is currently at the helm of the Tanzania national team, was the instructor. The Dane was assisted by Savio Madeira, AIFF’s interim technical director and director of coach education.

“It’s an amazing thing that coaches, who are part of the Indian football ecosystem, have decided to go for the Pro Licence degree,” Dinesh Nair of Association of India Football Coaches, said.

The second module will be held online, the third will need the examinee to have a foreign jaunt, fitness will be the focus in the fourth and the fifth will be the final examination. The result will be out next summer.

“Let’s see how the future unfolds,” Sen signed off.