‘The QFA has invited us to watch a match on Thursday. The Fifa chief is also expected to be present’ 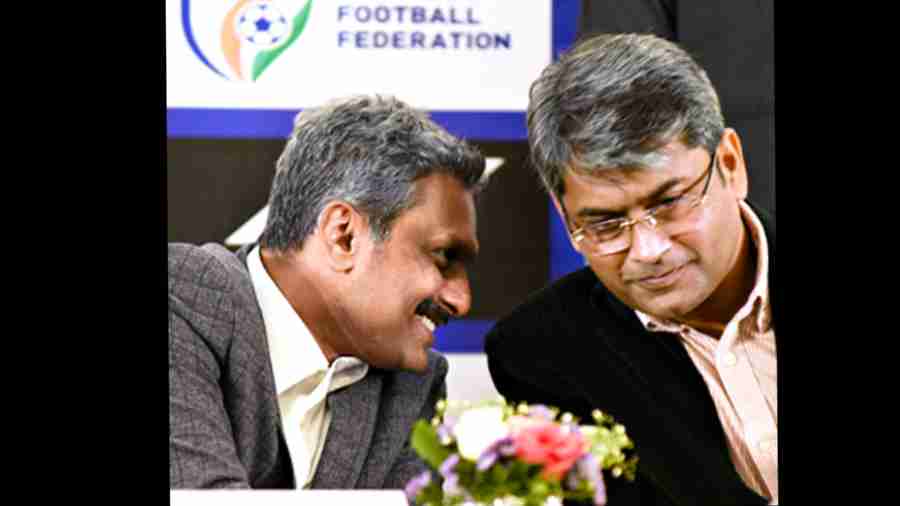 Kalyan Chaubey, the newly-elected president of the All India Football Federation (AIFF), will have a talk with Fifa president Gianni Infantino in Doha. Chaubey and secretary-general Shaji Prabhakaran were expected to fly to Qatari capital from Calcutta in the early hours of Friday on an invitation from the Qatar Football Association (QFA).

“I will meet Infantino in Doha. The QFA has invited us to watch a match on Thursday. The Fifa chief is also expected to be present,” Chaubey told The Telegraph on Thursday.

The Lusail Stadium, which hosts a number of World Cup matches including the December 18 final, will have a game between Saudi champions Al Hilal SFC and Egypt’s Zamalek SC, billed as the ‘final milestone’ in preparation for the Cup, on Friday.

On September 2, just after the AIFF election results came out,  Chaubey received a call from Infantino where the possibility of a future meeting was discussed. India host the Fifa Under-17 Women’s World Cup next month. Chaubey and Prabhakaran will also have a meeting with Hamad Bin Khalifa Bin Ahmad Al Thani, the QFA president.

“Discussions will be on improvement of Indian football where Qatar can play a role,” Chaubey said.  Earlier, Chaubey, in a news conference, said the focus would now be on women’s football, beginning with reducing the disparity in salaries between them and their male counterparts.