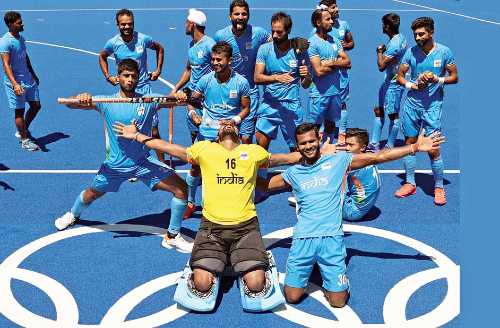 India swept the International Hockey Federation's (FIH) annual awards on Wednesday with five players and head coaches of both the men's and women's teams claiming the top honours across different categories.

After a historic bronze medal-winning feat for the Indian men's team as well as the outstanding performance of the women's team, which reached the last four in Tokyo, Indian athletes and coaches dominated the FIH Hockey Stars Awards 2020-21.

While Reid is still with the team, Marijne's tenure ended after the Tokyo Games.

Votes from National Associations -- represented by their respective national captains and coaches -- counted for 50 per cent of the overall result, while fans and players (25per cent) as well as media (25 percent) made the other half of the votes.

"And with a record number of almost 300,000 fans casting their votes, fan participation in the FIH Hockey Stars Awards has been exceptional," it added.