Euro 2020 can be a breakthrough moment for a few youngsters. t2 lists the ones to watch out for 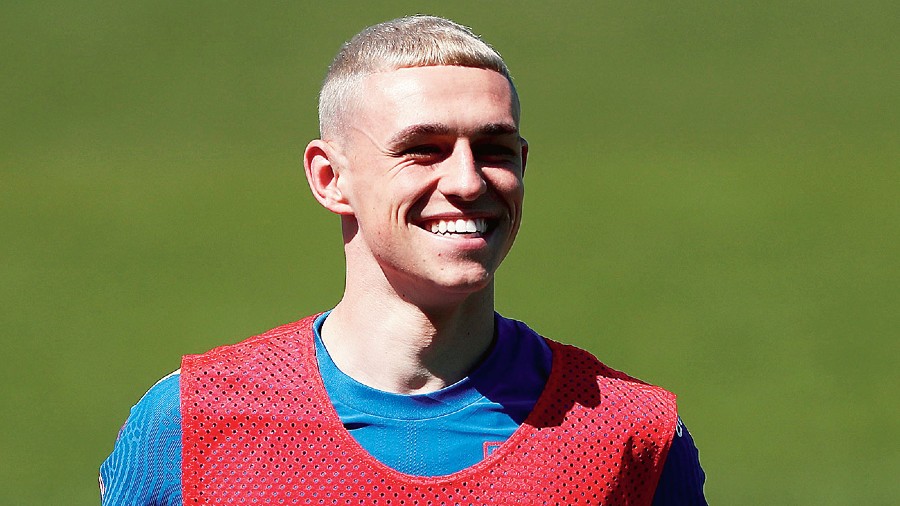 The 21-year-old midfielder needs no introduction as Pep Guardiola describes him as the “most, most, most talented player” he has ever seen as a manager. The Manchester City boss has played Foden regularly this season and the left-footed player repaid his manager’s trust by netting 16 goals and winning the Professional Footballers’ Association Young Player of the Year award.

The Golden Ball winner in England’s successful Under-17 World Cup campaign in 2017, Foden certainly has the potential to become an England great and the Euro is his first chance to deliver on a big stage at the senior level. Gareth Southgate would find it difficult to keep him on the bench despite being spoilt for choice with the star-studded squad.

The 21-year-old attacking midfielder, who scored the winner for Chelsea in the UEFA Champions League final recently, is now set to make his opportunities count in Germany colours.

Havertz was the youngest ever debutant in the Bundesliga when he joined Bayer Leverkusen five years ago. Soon, he established himself as a key player for the German giants. Chelsea signed him for a record transfer fee last year and though he had a difficult start for the Blues, Thomas Tuchel’s arrival at Stamford Bridge has transformed him into a remarkable player.

Joachim Low might play him in a false nine position as Havertz excelled in that role under Tuchel. The two-footed player can be the creative spark that the Germans are in dire need of to reach the knockouts from the Group of Death. Havertz managed the role of a playmaker to perfection and made an assist in the warm-up game against Latvia on Tuesday. However, he has to compete with Thomas Muller, Leroy Sane, Serge Gnabry and Timo Werner for a starting position.

The Netherlands The 19-year-old holding midfielder is a special talent who graduated from the fabled Ajax academy. Gravenberch is undoubtedly one of the best young players in Europe right now and the Euro can become his launch pad to stardom. He has already caught the eyes of all the elite clubs of Europe, including Barcelona, Juventus, Liverpool and Chelsea.

Gravenberch has just played five matches for the senior Holland squad after making his debut against Turkey in March, but the recent warm-up game against Georgia proved that given a chance, the youngster can produce a match-winning performance. The 6’3” Dutch nodded home his first international goal in that game.

Oranje have recently been playing in a 5-3-2 formation and being a versatile player, Gravenberch might become a vital cog in coach Frank de Boer’s plans.

He is just 18 but he has already proved his potential to fill the large boots of Andres Iniesta in the Barcelona and Spain squad. Coming from Las Palmas, Pedri has impressed Barcelona manager Ronald Koeman so much with his passing and playmaking abilities that he became a regular in the Barca lineup. The midfielder played 52 times for the Catalan giants in the debut season itself and he is now the second youngest player in Barcelona’s history to make 50 appearances for the senior squad. His impressive performance on the pitch left Spain coach Luis Enrique no chance to have second thoughts about including the teenager for the Euro squad.

Like his idol Iniesta, Pedri can dribble past defenders and send through passes in tight spaces. His reaction to losing the ball is very prompt and he has one of the best ball recovery ratios among the Catalans. Pedri can surely be the go-to man for La Roja at the Euro.

For the first time in 20 years the Azzurris are playing a major tournament without Gianluigi Buffon under the crossbar and it seems they have nothing to worry about as they are in safe hands of another Gianluigi who is all of 22 years.

Donnarumma’s agility, anticipation and match-reading ability reminds one of his illustrious predecessor and he looks ready to fill the big gloves of the legend. The youngster has already made more than 250 appearances for AC Milan and established himself as the most reliable goalkeeper for the national side. Donnarumma has played an instrumental role in Italy’s recent success in the World Cup qualifiers,where he conceded just four goals. A great shot-stopper, Donnarumma can give a serious headache to the opposition attackers. The Euro is his first opportunity to steal the show on a big stage and keep himself on course to become one of the world’s best goalkeepers.

The 21-year-old winger has already made headlines by helping Juventus win the Coppa Italia, their only trophy this season. He joined the Italian giants last year and emerged as a mainstay of the side in his debut season itself. He registered seven goals and seven assists in all competitions that made him his team’s fourth-highest scorer behind Cristiano Ronaldo, Alvaro Morata and Federico Chiesa.

Kulusevski’s excellent domestic performance earned him a place in the Sweden side last November and he has already earned the trust and confidence of coach Janne Andersson. He played in almost all positions for Juventus except in defence. The 6’1” Swede can operate as a creative, central midfielder or on either flank. His versatility would give Andersson many options while planning his lineup.

Though Kulusevski has tested positive for Covid-19 and would miss his team’s opener against Spain, he can surely make a mark if he gets to play the remaining matches.

Making international debut for a senior squad that boasts of a golden generation just three months after his 18th birthday is an achievement in itself for Doku. Explosive pace, excellent ball control, dribbling skills and unpredictability have made the 19-year-old forward an excellent talent to watch out for.

Belgium coach Roberto Martinez handed Doku the international debut against Denmark last September and his outstanding potential earned him a place in the starting lineup against Iceland a few days later. Doku grabbed the opportunity with both hands and scored a stunner for the Red Devils. There has been no looking back. He is one of the youngest players in this summer’s European Championship. Though the Stade Rennais youngster might find it difficult to seal a place in the starting lineup that is already crowded with star attackers such as Eden Hazard and Romelu Lukaku, he will definitely show his class given an opportunity and can become a super-sub for Martinez.

11 For the first time ever, multiple countries will play host to this year’s European extravaganza, with a total of 11 venues across Europe selected for the competition.

Stadium will host both semi-finals as well as the final.

14 The most goals scored by a single team at a single tournament, belonging to the 1984 winning team of France, who netted a total of 14 times on home soil, with Platini leading from the front.

162021 will witness the 16th edition of the European Championship, which was first played in 1960, with the Soviet Union triumphing on French soil. Spain and Germany are the most successful nations in the competition till date, with three titles each.

44 The number of years between Spain’s first and second European victories, the longest of all-time. After sealing their inaugural win in 1964, Spain had to wait till 2008 for their second taste of glory, when their golden generation proved unstoppable in Austria and Switzerland, beating Germany in the final thanks to a solitary goal by Fernando Torres.

79,115 The highest ever attendance at a Euros match, recorded when Spain took on Soviet Union in the 1964 final at Madrid’s iconic Santiago Bernabeu. Under normal circumstances and with no pandemic protocols in place, this record would surely have been surpassed at the latest Euros, with Wembley alone able to accommodate 90,000 spectators.