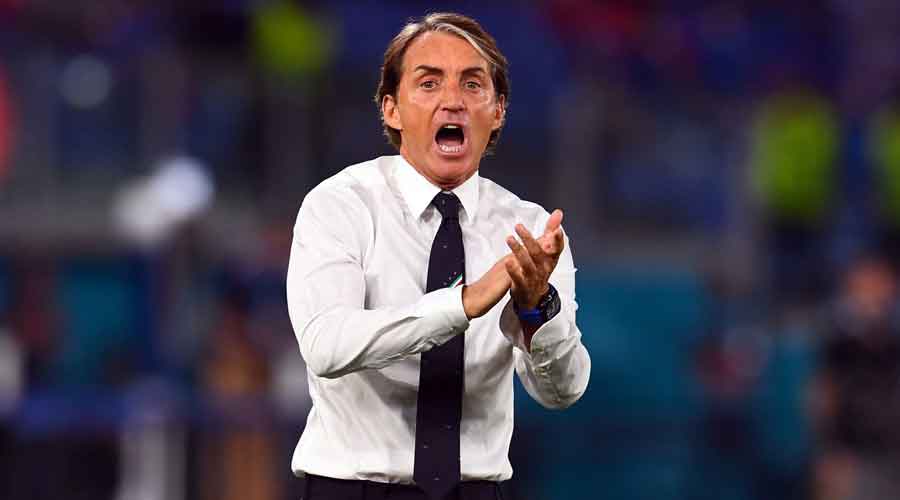 In a wild, breathless game in a sparse stadium, Italy crushed the dreams of Belgium’s golden generation, striking twice in a performance as wickedly entertaining as it was effective.

Belgium were on the ropes after they fell 2-0 behind to a Nicolo Barella strike and a Lorenzo Insigne curler before Romelu Lukaku pulled one back with a penalty on the stroke of half-time.

It is now 32 teams who have tried and failed to overcome Roberto Mancini’s team on their long unbeaten run. Belgium gave it everything, but even the world’s No 1 side were powerless to resist Italy’s guile and gusto, their finesse and fury. Bold and expansive. Italy look the best side at this tournament, and now face Spain in the semi-finals.

“What they showed from the attacking side was impressive,” the 1990 World Cup and Euro’96 winner told BBC. “The combinations they played and the passing sequences. There was about a minute and thirty seconds where they had 25 to 30 passes and Belgium gave up and parked the bus for a minute.”

The Azzurri have continued to thrive under manager Mancini, himself a gifted forward who seems to have instilled his philosophy into a side keen to take the game to even the most talented opposition.

“We deserved to win. The boys were extraordinary,” the coach said at the post-match news conference. “We suffered in the last 10 minutes because we were really tired.”

The win though was soured by a serious injury to left-back Leonardo Spinazzola who was taken off on a stretcher in the second half and is out of the tournament.

On Saturday, the Italian media reported that the national team’s medical staff has confirmed after tests that Spinazzola broke his Achilles tendon. He is ruled out for 5-6 months. Another report said the left-back would be flying out to Finland for an operation on Sunday. “I’m sure I’ll be back soon! Impossible is nothing with this team spirit,” Spinazzola was quoted as saying.