Those missing out from the shortlist are Laxman Sivaramakrishnan, Venkatesh Prasad and Rajesh Chauhan 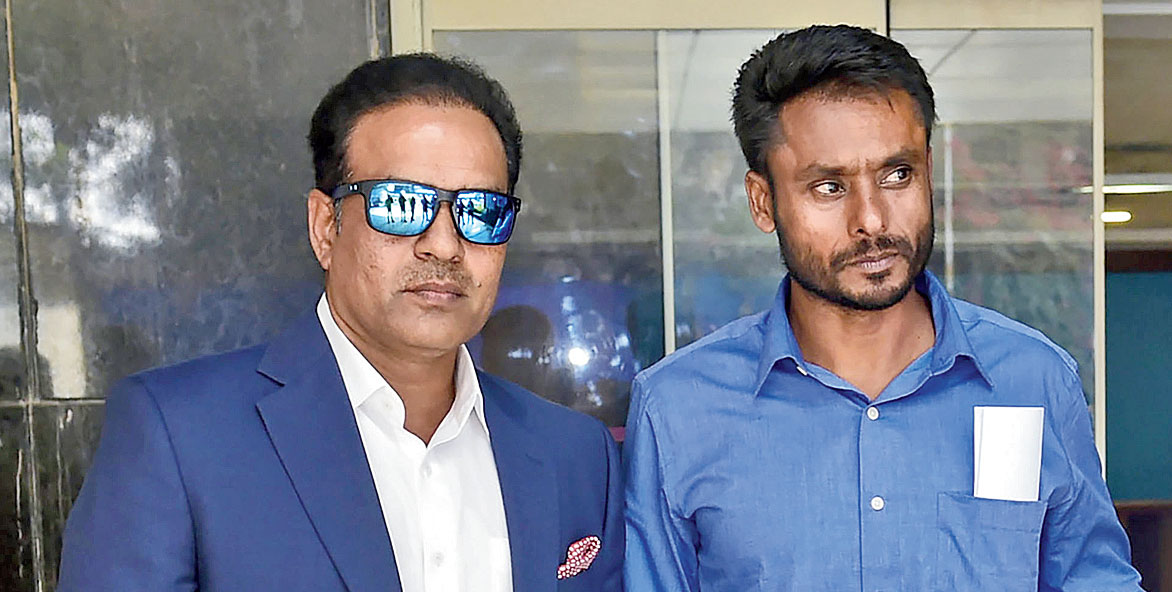 Various equations within the Board of Control for Cricket in India (BCCI) played a key role when it came to picking Sunil Joshi and Harvinder Singh as the two new members in the five-member senior national selection committee.

The former India left-arm spinner and former pacer were picked by the three-member Cricket Advisory Committee (CAC) comprising Madan Lal, RP Singh and Sulakshana Naik in Mumbai on Wednesday. Joshi, who played 15 Tests and 69 ODIs, will be the chairman.

Those missing out from the shortlist are Laxman Sivaramakrishnan, Venkatesh Prasad and Rajesh Chauhan.

The BCCI did announce that the two selectors’ performance would be reviewed after a year but in effect they would be allowed to complete their three/four-year terms.

The tenures of Sarandeep Singh, Devang Gandhi and Jatin Paranjape — the other selectors on the panel — expire in September and it may happen that Joshi is stripped of his chairmanship if a candidate is chosen with more experience.

According to a source, those applications which were rejected this time are likely to remain valid next time too. In that case, Ajit Agarkar will make the committee from West Zone once Paranjape’s term gets over and be the chairman.

Despite several reforms initiated by the Justice RM Lodha Committee, the big shots still have a considerable say in its running.

Sivaramakrishnan, who had enraged a section in the BCCI after alleging that his application had gone missing from the Cricket Centre before being discovered in the spam folder, was never in the running and it boiled down to a close fight between Joshi and Venkatesh Prasad.

“It’s well known that Siva enjoyed the blessings of N. Srinivasan but that hardly made much of a difference when it came to not picking him. Choosing Prasad would have meant infuriating another influential section.

“Moreover he could serve in the senior committee for only one and half years having spent the remaining term of his four-year period in the junior committee. Joshi thus emerged as the consensus candidate,” someone in the know of things told The Telegraph.

Joshi though has considerable experience in the domestic structure having coached several teams in Ranji Trophy. His last assignment as coach was with Bangladesh.

Harvinder’s selection did come as a surprise but some felt he was destined to be picked after being shortlisted.

“An influential former Union minister from Central Zone in the BCCI didn’t want Chauhan. That went against him and Harvinder got the nod… Moreover it was Railways’ turn this time,” said the source.

The CAC members posed some tough questions for the five candidates. It included how they would deal with Mahendra Singh Dhoni’s future and Virat Kohli’s stature.

Sivaramakrishnan didn’t wish to serve in the committee under someone else while Joshi said he had no such issues. Madan Lal said both Joshi and Harvinder had the “best answers” on how to deal with the India captain.

“We have paid attention to that point that the selectors can communicate with the captain because in the end the team needs to be run by the captain,” he said.