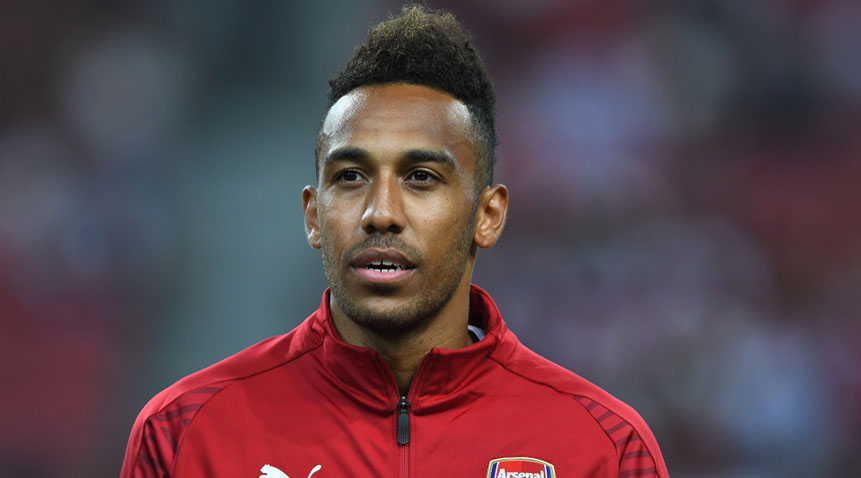 Arsenal ended their five-year wait for a Premier League away win against ‘Big Six’ opposition with a second half Pierre-Emerick Aubameyang penalty giving them a 1-0 win at Manchester United on Sunday.

The Gunners had not enjoyed such a win in 29 games since their victory at Manchester in January 2015.

The result leaves United still without a win at Old Trafford in the Premier League this season and it was a disappointing performance from Ole Gunnar Solskjaer’s side after their impressive display in the 5-0 win over RB Leipzig in the Champions League in midweek.

The decisive moment came when Paul Pogba stood on Hector Bellerin’s foot inside the area and Aubameyang kept his cool to convert the spot-kick. United did hit the post through a deflected shot from substitute Donny van de Beek late in the game but Solskjaer’s 100th game as manager ended in a defeat which leaves them in 15th place with just seven points from six games. Arsenal move up to eighth on 12 points.

Carlo Ancelotti dropped goalkeeper Jordan Pickford, whose mistakes have cost Everton a number of goals so far this season, and handed a debut to Swedish international Robin Olsen, who joined from AS Roma on loan at the beginning of October.

Newcastle went ahead when Wilson scored from the spot and he added a second five minutes from the end of normal time.

Calvert-Lewin scored a stoppage-time consolation goal for Everton but Newcastle survived to take a win that puts them in 10th position on 11 points, while Everton are second on 13, three points behind Merseyside rivals Liverpool. Southampton broke into the top four after midfielder James Ward-Prowse curled in a pair of sublime free-kicks and set up another goal on his 26th birthday to engineer a thrilling 4-3 win.

Southampton romped to a 4-0 lead before Villa’s late surge ultimately produced an avalanche of goals, with the Midlands side suffering their second successive home defeat after they were beaten by Leeds United 3-0 in the previous round of matches.

Villa, who narrowly avoided relegation last season, had enjoyed majestic form as they won their opening four games but have now been brought down to earth after Southampton ripped through them in the opening hour.

Ward-Prowse was delighted after a classy individual performance which helped the visitors to stretch their unbeaten league run against Villa to eight games.

“Nice to get a couple of goals on your birthday, I’m living my boyhood dream so I’m happy,” the midfielder said.

“We got a little bit complacent at the end. But we’ve grown as a team; the next step is to manage those moments when we’ve got the lead.

“We’re a totally different team to a year ago. I feel as if we’re on a great path to get back to where we belong and break into the top 10.

“We had a taste of Europe a few years ago and genuinely believe we have what it takes to get back there,” Ward-Prowse added.