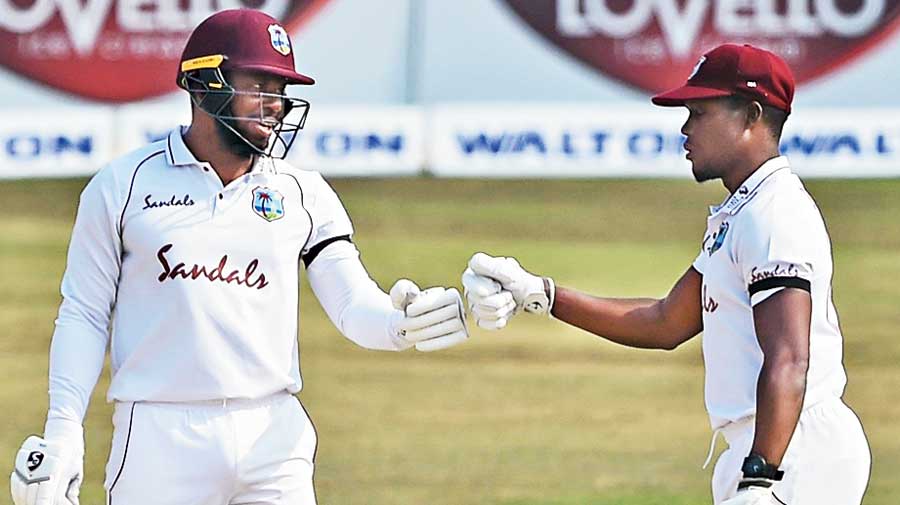 Kyle Mayers smashed a marvellous unbeaten double century on debut to help West Indies snatch an extraordinary three-wicket victory over Bangladesh in the first Test  in Chattogram on Sunday.

Courtesy Mayers’s 210 not out, the Windies chased down a daunting target of 395, completing a fifth-highest successful run-chase in Test history.

Mayers added 216 with Nkrumah Bonner (86) for the fourth wicket to turn the match on its head and took a single off spinner Nayeem Hasan to seal a fairy-tale victory for a second-string Windies led by Kraigg Brathwaite. The left-handed batsman’s knock comprised 20 fours and as many as seven maximums.

“Then to go on and score a century, and then to make it a double, and then going on to win this Test is absolutely an amazing feeling.

“A guy making his debut and scoring a double century should inspire all youngsters to work hard and reach this level,” Mayers added.