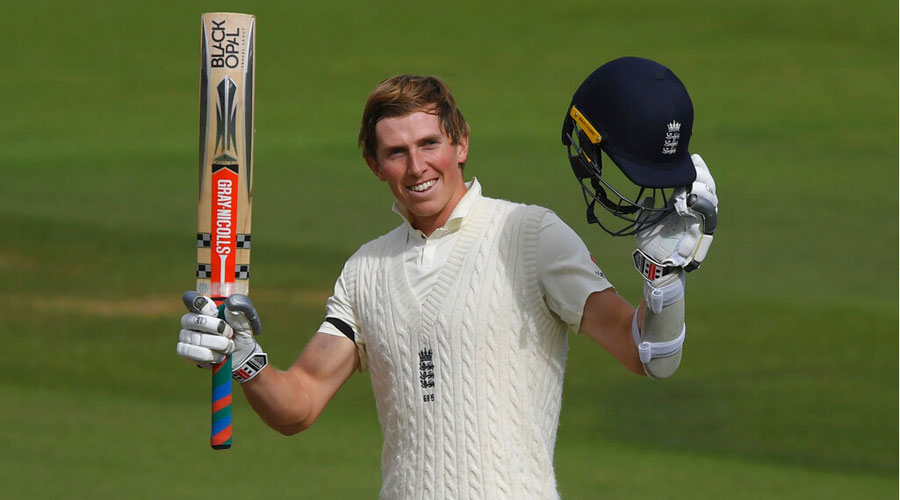 Zak Crawley raises his bat and helmet to celebrate scoring a century during the first day of the third cricket Test match between England and Pakistan in Southampton on Friday.
AP
Reuters   |   Southampton   |   Published 22.08.20, 04:35 AM

Zak Crawley hit a near faultless maiden Test century to lead England to a commanding 332 for four at the close of play on the opening day of the third and final Test against Pakistan at the Rose Bowl on Friday.

Crawley, 22, ended the day on a career-best 171 not out. He put on an unbeaten 205 for the fifth wicket with Jos Buttler (87 not out) to rescue England after the hosts were reduced to 127 for four earlier in the day.