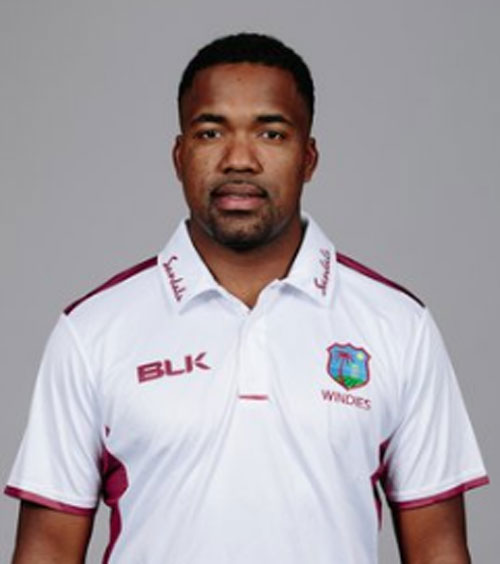 West Indies named a 14-man squad for next month’s proposed three-Test series in England, with three players refusing to travel owing to the coronavirus outbreak, the cricket board said on Wednesday.

Cricket West Indies (CWI) on Wednesday said batsmen Darren Bravo and Shimron Hetmyer along with all-rounder Keemo Paul declined to travel to England for the tour that is scheduled to start on July 8 behind closed doors, subject to government approval.

CWI also named 11 reserve players who will travel and quarantine with the squad to ensure replacements are readily available in case of injuries.

“The touring party, who will all be tested for Covid-19 this week, are scheduled to fly to England on private charters on June 8,” CWI said in a statement.

“Darren Bravo, Shimron Hetmyer and Keemo Paul all declined the invitation to travel to England for the tour and CWI fully respects their decision to choose to do so. As previously stated, CWI will not hold this decision against these players when considering future selection.”

The touring squad is set to live and train at bio-secure venues during the tour and are scheduled to arrive on June 9 in Manchester, where they will be based for three weeks before travelling to Southampton for the first Test at the Ageas Bowl.

The second and third Tests are to be staged back-to-back at Old Trafford in Manchester from July 16 and July 24, respectively. 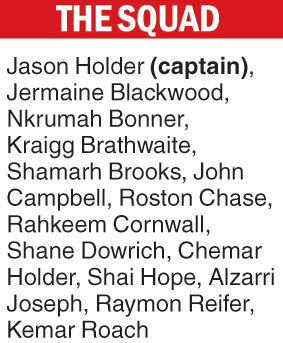 Playing in empty stadiums is not ideal but a bigger challenge for players, former England captain Nasser Hussain said. Hussain told Sky Sports News the teams would have no choice but to create their own atmosphere in the empty venues, though other aspects of post-shutdown cricket would be harder to get used to.

“Some of the stuff they have trained their brain for 10 years to do, shining a cricket ball, celebrating a wicket, will be the difficult thing for them,” he said.

“They are used to putting saliva on a cricket ball and can’t do that anymore, so they will have to re-train the brain.”

CWI has joined its players in condemning racism after several of its players openly voiced support for George Floyd, who died in police detention in the US.

“We join our cricketers, other cricket stakeholders, all sportsmen, sportswomen, and sports administrators, in speaking out against all forms of racism and inequality,” CWI said.

“The people of the West Indies have fought many battles of our own, on and off the field. We have been blessed to witness the prowess, determination and leadership of our cricketing heroes who united the Caribbean and brought great success and pride to our people.

“Our cricketing heroes helped in large measure to pave the way for cricket and our West Indian societies to thrive at home, and generated great enjoyment and dignity for the West Indian diaspora abroad while they faced their own experiences of inequality and injustice in their adopted homes.

“We therefore support all sporting icons and role models who are today leading the way in peacefully protesting and standing against the scourge of racism and injustice.”