Advertisement
Home / Sports / Cricket / Wasn't thinking about break from ODI, already knew what I had to do, says Shami

Wasn't thinking about break from ODI, already knew what I had to do, says Shami

"It's extremely important to come with a clear mind as you already know what you need to do: Indian seamer 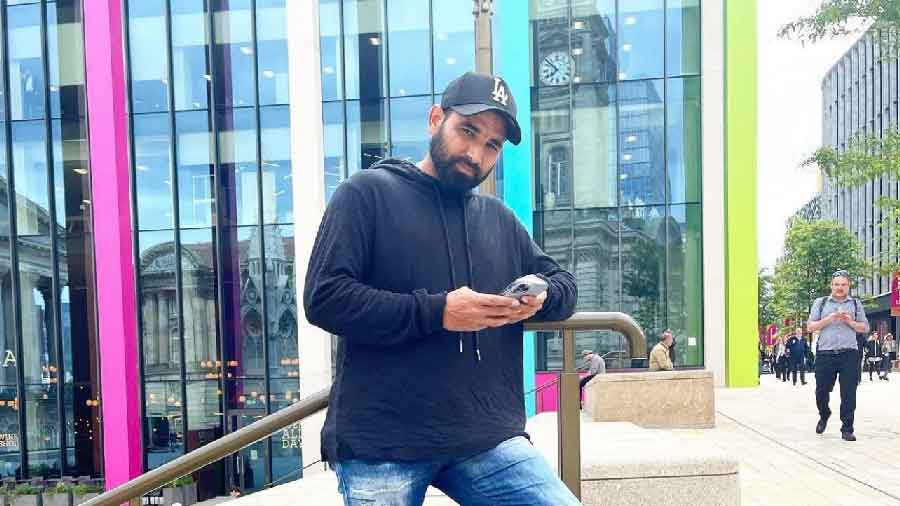 Seasoned India pacer Mohammad Shami said he wasn't thinking about his long lay off from ODI cricket and approached his comeback game with a clear mind as he is well-versed with the white-ball behaviour.

The first ODI against England on Monday was Shami's first appearance in the format after almost a gap of two years. He last played in India's 51-run loss to Australia in November 2020.

"It wasn't a small break but of three years," Shami, who claimed 3 for 31 at the Oval on Tuesday, said during a chat with bowling coach Paras Mhambrey on BCCI.tv.

"Nothing was going on in my head regarding the gap. I've become very comfortable with the team. We travel together and have been playing together for like a decade now.

"Everyone knows their job and after playing so much of cricket, if you come with a question mark in your mind, then I believe it's not good."

It was also a milestone match for Shami who became the fastest Indian and third fastest bowler overall to take 150 scalps in ODI cricket.

"It's extremely important to come with a clear mind as you already know what you need to do, where you need to pitch the ball, the variations in white-ball and everyone knows these basics.

"But you need to be courageous from heart and if you are that, then you can get set in any format at any given moment."

While Shami claimed three wickets, fellow pacer Jasprit Bumrah finished with a career-best 6 for 19 to blow away hosts England in the first ODI.

"As soon as we started, the ball was stopping and seaming, it became important for us to pick our areas and keep line and length in control.

"We played our best performance (in first ODI); like, the way a series has to be started, it set an example."

Shami said the key was to keep things simple and put pressure on the batters from both ends.

"The only thing to be kept in mind was if the area will be great on a pitch where it swings and seams, you bowl with great pace from both ends and makes life difficult for (batting teams) on a wicket like this.

"We kept things simple, got to fetch wickets quickly and result is there for all to see."

Shami feels not much needs to be changed if the conditions remain the same in the next two games.

"Personally speaking, reverting back to keep it simple theory will be the best. If the wicket behaves a little differently, then you need to think a bit more," he said.

"If you take the confidence from here to rest of matches, then the chances are there for being more successful.

"But if the wicket is dry or slow, then the plans can be changed. But to carry confidence from here is very important."