When there’s swing and seam movement, it’s very exciting in white-ball cricket to get such an opportunity, says Bumrah 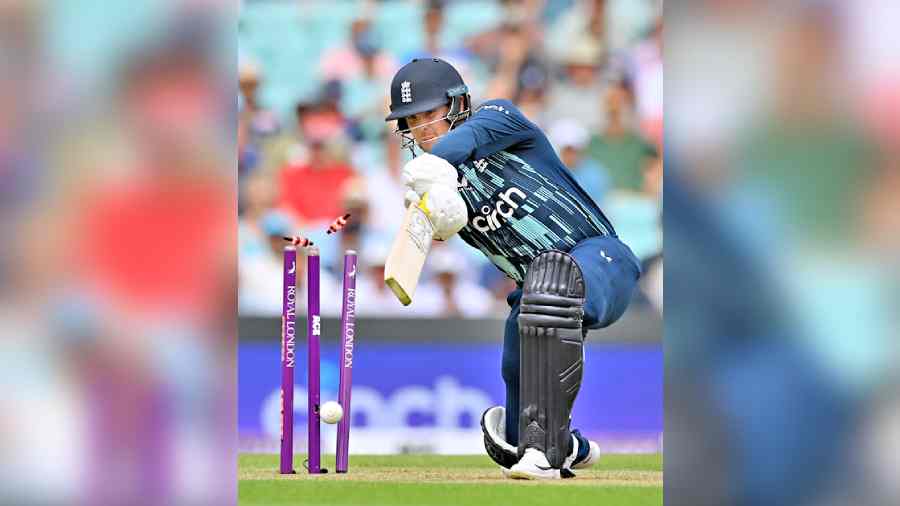 Pacer Jasprit Bumrah acknowledged that the swing and seam movement at The Oval (in London) on Tuesday was significant in helping India bowl England out for a meagre 110 in the first one-dayer.

Speaking at the post-match presentation, Bumrah, adjudged Man of the Match for his match-winning figures of 6/19, said: “When there’s swing and seam movement, it’s very exciting in white-ball cricket to get such an opportunity... You have to be defensive with the kind of pitches we usually get.

“When I bowled the first ball, I found some swing and we tried to exploit that. When it doesn’t swing, I have to pull my lengths back. But when the ball is doing something, you don’t have to try a lot.

“When the wicket is flat, your accuracy is tested. But yeah, it’s certainly a good place to be in when the ball is swinging.” Bumrah also had a conversation with his new-ball partner Mohammed Shami on the need to bowl fuller in such pacer-friendly conditions.

“As soon as Shami bowled the first over (of the match), we had a conversation to go fuller,” he said.

Bumrah was also effusive in his praise for Shami, who took the important wickets of Ben Stokes and England captain Jos Buttler to finish with 3/31 off his seven overs.  “I’m very happy for Shami. I told him that when he beats the bat, there would be days when he would run through any side,” Bumrah said.

Even Rishabh Pant did a fine job behind the stumps, taking a couple of good catches that sent Stokes and Bairstow back. “When the ball is moving around, the wicketkeeper and the (slip) cordon have to be very active.

“I’m very happy that Rishabh has been working hard on his wicketkeeping as well as his batting,” Bumrah stated. Skipper Rohit Sharma, too, lauded his bowlers for utilising the conditions very well upfront.

“Looking at the pitch and the overhead conditions, bowling first was the right call to make at the toss.  “We never really worry about the conditions though, as we know our bowlers can utilise all conditions.

We saw that during the T20Is as well when the pitches were flat. Our bowlers were able to do the job.  There was some swing and seam movement upfront, and we exploited them well. We know the quality of bowlers we have,” Rohit emphasised.