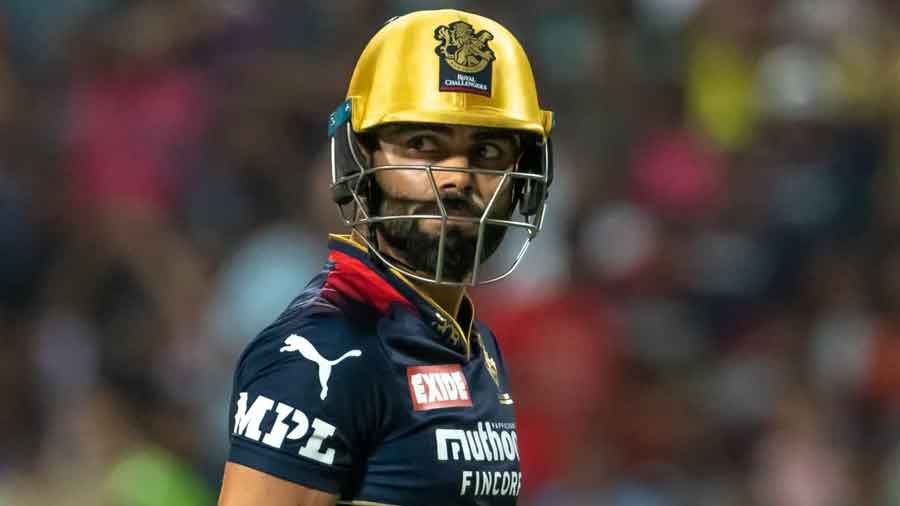 Out-of-form batter Virat Kohli is likely to miss the first ODI against England at the Oval on Tuesday after sustaining a groin strain during the third T20 International.

The extent of Kohli's niggle is still not known, but the Indian team management wouldn't mind giving the 33-year-old veteran a break so that he is available for the next two games at Lord's (July 14) and Manchester (July 17).

"Virat has a groin strain during last game. It can't be confirmed whether it happened during fielding or while batting. He will probably miss first ODI tomorrow at Oval as the groin needs rest," a BCCI source told PTI on condition of anonymity.

It has been learnt that Kohli didn't travel from Nottingham to London in the team bus and the reason could be a stopover to get a medical check-up done to assess his condition.

On Monday, only the players selected for the ODIs -- Shikhar Dhawan, Shardul Thakur and Prasidh Krishna -- had an optional net session at the Oval ground in London.

This could also be the reason for the postponement of the Indian team selection for the five-match T20I series in the West Indies and the USA. The team will be announced on Tuesday.

Kohli's place in the T20 side is being questioned repeatedly by the experts including former greats like Kapil Dev and Virender Sehwag although skipper Rohit Sharma has firmly backed his long-time colleague.

According to people privy to the developments in the India camp, Kohli has asked for rest from the entire West Indies series. In the event he is not part of the squad, whether that will be termed "rest" or "dropped" will be a matter of conjecture.

The BCCI has decided to fly the Indian squad to the West Indies by a special charter flight from Manchester to Port of Spain due to the COVID-19 threat.

"The Indian team will be taking a charter flight to the Caribbean," the source informed.