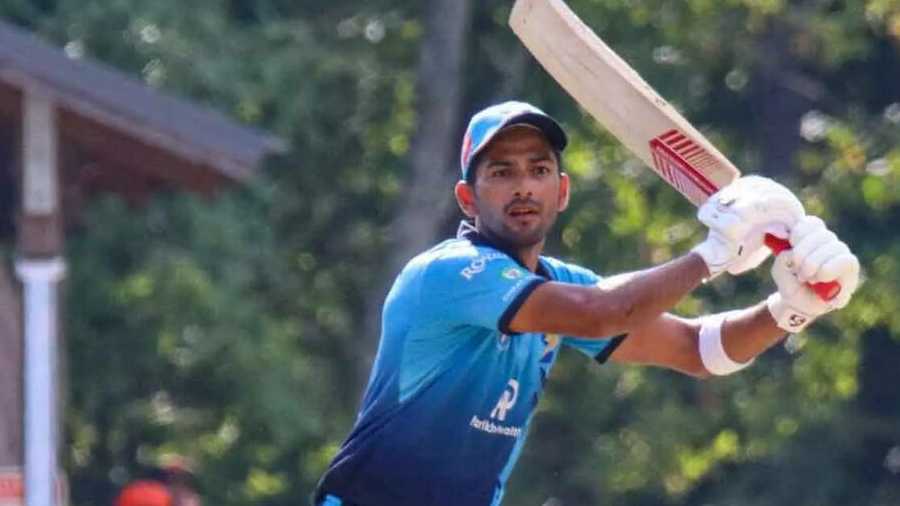 Former U-19 World Cup-winning captain Unmukt Chand is set to become the first Indian cricketer to play in Australia's Big Bash League after he signed for Melbourne Renegades for the 2021-2022 season.

Chand, 28, had called time on his playing career in India earlier this year and is currently representing the USA team.

Chand, a former India A skipper, had never played for the Indian senior team but was part of three IPL franchises -- Delhi Daredevils, Mumbai Indians and Rajasthan Royals. He had a domestic career spanning more than a decade, including 67 first-class matches.

"I'm very excited, it's great to be part of the Melbourne Renegades family," said Chand, who led India to the U-19 Cricket World Cup triumph in 2012.

"I've always followed the Big Bash and it's a great opportunity for me to come and play some good cricket. I'm really looking forward to coming to Melbourne and to get going.

"I've always enjoyed playing in Australia. I haven't been to Melbourne before. I know for a fact there are lots of Indians in Melbourne, so it's going to be nice, and I hope the crowds turn up for games as well."

Chand said it's a big opportunity for his career, which took a new turn recently.

"I've always wanted to play in leagues like these and it's great that now I have this opportunity to be representing the Renegades in the Big Bash, so for me it's big.

"I really look forward to contributing as much as I can on the field. I'll give it my best shot."

Chand burst on to the international stage as a teenager in the 2012 ICC U-19 World Cup in Australia.

He was player of the match in the final, scoring an unbeaten 111 against an Australian side featuring a host of now-BBL stars, including the likes of Travis Head and Ashton Turner.

"We're delighted to have Unmukt joining the Renegades and see him being an important part of our group," Renegades head coach David Saker said.

"He brings a wealth of cricket experience. To have a player joining our team who has represented three IPL teams and led his country at 'A' and Under 19 level is fantastic.

"As a batter, Unmukt is dynamic and can change games quickly. He has spent much of his career at the top of the order, but we believe he has the flexibility to fill a variety of roles as we need."

Chand is currently based in the United States. He will enter the tournament high on confidence, after being named player of the tournament after his side Silicon Valley Strikers won the Minor League Cricket title last month.

He will travel to Australia later this month and be available for the entire duration of the tournament.

Chand will play under Australia limited-over skipper Aaron Finch's captaincy in the team which will also feature Shaun Marsh, Kane Richardson, James Pattinson among others.