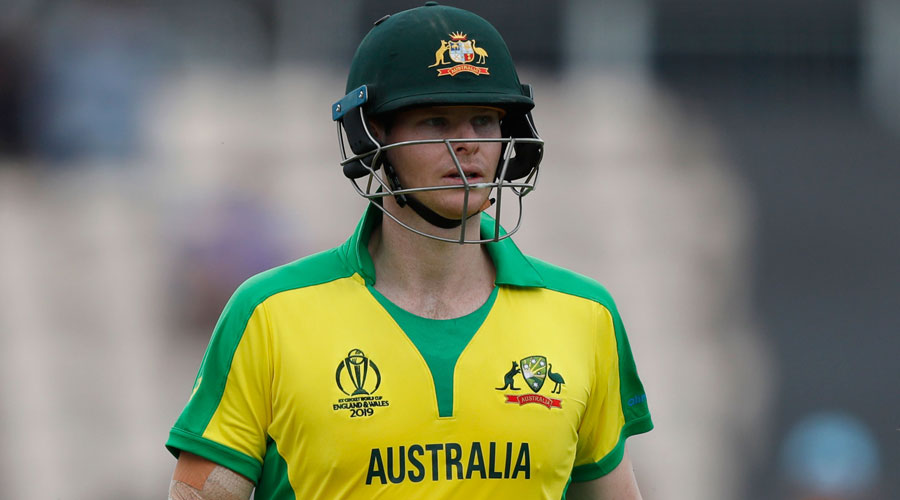 Steve Smith has been cleared to take part in the second ODI against England after passing a second concussion test on Saturday.

Smith was a late withdrawal from Friday’s first ODI, which Australia won by 19 runs to go 1-0 up in the three-match series, after sustaining a blow on the head during nets from a throw-down by a coaching staff member on the eve of the match.

The 31-year-old was withdrawn from the playing XI of the first ODI “as a precautionary measure.”

However, Smith has passed the two concussion tests, one on Friday and the other on Saturday, according to cricket.com.au.

“I think it was a good decision in the end. There’s no need to take unnecessary risks with head injuries,” all-rounder Mitch Marsh said.

“It probably gives our selection committee a few headaches now because the top order struck them beautifully, without getting a big score. Anytime you’ve got Steve Smith coming back into the team it’s a great feeling,” he added.

Marsh said Smith would welcome a short-ball attack if England’s speedsters choose to target him with that approach on his return.

“Absolutely, I’m looking forward to seeing that happen,” Marsh said with a smile.

“Anyone who bowls 150kms an hour, he loves the challenge so there’ll be no backing down from Steve Smith, I know that 100 per cent for sure.’

Smith was also infamously felled by a Jofra Archer bouncer at Lord’s during last year’s Ashes. That knock caused him to miss the second innings of that Test and the following match as well.

Left-arm seamer Mitchell Starc experienced some groin pain on Friday. He managed to complete his 10 overs after slipping on the field but is also expected to play on Sunday.

“He’s a little bit sore but we’ll see how he pulls up and go from there,” Josh Hazlewood said.

Australia are in with a chance to claim a bilateral ODI series win over England for the first time since 2015 and end the recent dominance by Eoin Morgan’s men in 50-over cricket.

Sam Billings struck a superb century on Friday but with not much support at the other end, England failed to take advantage.

England have won 11 of their past 14 encounters against Australia.