The 53-year-old, who made 27 first-class and 55 List A appearances for Hampshire and Berkshire, makes players use lighter bats as well keeping the aspect of speed in mind 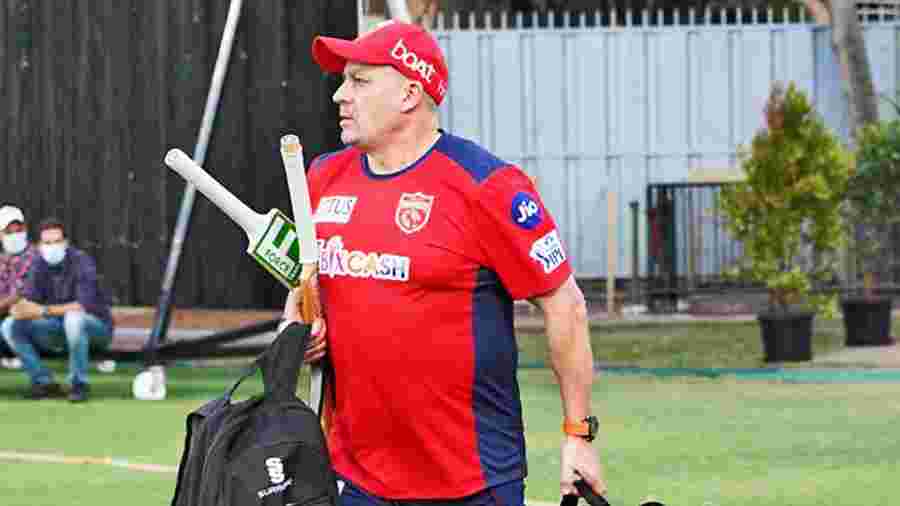 Power-hitting is not just about clearing the front leg and whacking the ball into the stands or making good use of the bottom hand. Skill and hand-eye coordination matter just as much as the force required to clear the boundaries. Such views come from Julian Wood, known to be a power-hitting coach and also the Punjab Kings’ batting consultant.

Usage of bats weighing “20 to 60 per cent more than an average cricket bat” is a regular part of the training programme that Wood conducts. The 53-year-old, who made 27 first-class and 55 List A appearances for Hampshire and Berkshire, makes players use lighter bats as well keeping the aspect of speed in mind.

“To train for speed, you need to move quickly. So it’s a part of the heavy-hitter programme that I use. It’s about overload/underload training,” Wood, currently busy with a coaching project under the Pakistan Cricket Board’s pathway programme, told The Telegraph from Lahore. But he quickly added: “You need to have skill and touch as well alongside power. The most effective batters are those who have all these three aspects in their game. Like, an AB de Villiers or a Virat Kohli. You can’t just smash every ball out of the ground.

“Power-hitting, in other words, is just one form of batting.”

In the upcoming T20 World Cup in Australia, smart aggression should be the way forward for batsmen, Wood believes. “You’ve got to be aggressively smart. You’ve got to look at who’s bowling and the nature of the surface as well. “The grounds will be bigger there in Australia, so batsmen need to be a little more aware of what actually they need to do. Attacking in the Powerplay and running as many twos as possible in the middle overs could be the best thing to do,” he explained.

Wood is all praise for Rishabh Pant’s Test batting. When asked what seems to be ailing the wicketkeeper-batsman in the shortest format, Wood said: “It seems as if he feels he has to go even harder in T20 cricket.

“Also, he needs to look at his hitting tempo when playing T20s. However, it will be interesting to see how India utilise Pant in this World Cup.” Wood seemed to be in awe of Rohit Sharma when talking about the India captain, though he also feels the latter is “getting a bit older”.

Rohit, 35, scored only one half-century (72 versus Sri Lanka) in the Asia Cup. “I saw Rohit in the Asia Cup. He still appears to have it in him, but he’s getting a bit older. The key for him now will be how he manages his preparations, which needs to be based more on quality than quantity as you grow older,”

Wood, who had also worked with Australia ahead of the 2017 Champions Trophy, stated.

Among today’s power-hitters, England’s middle-order batsman Liam Livingstone is among the most impressive, according to Wood. Livingstone was an important member of Punjab Kings’ line-up in this year’s IPL.

“Livingstone is one of the best I’ve worked with. But I must say he’s far better than just a power-hitter,” Wood emphasised.  “There’s Jos Buttler, of course. And then you also have the likes of Suryakumar Yadav and Hardik Pandya. Their batting is not just about power, they include skill and touch as well, which complete power-hitting.”