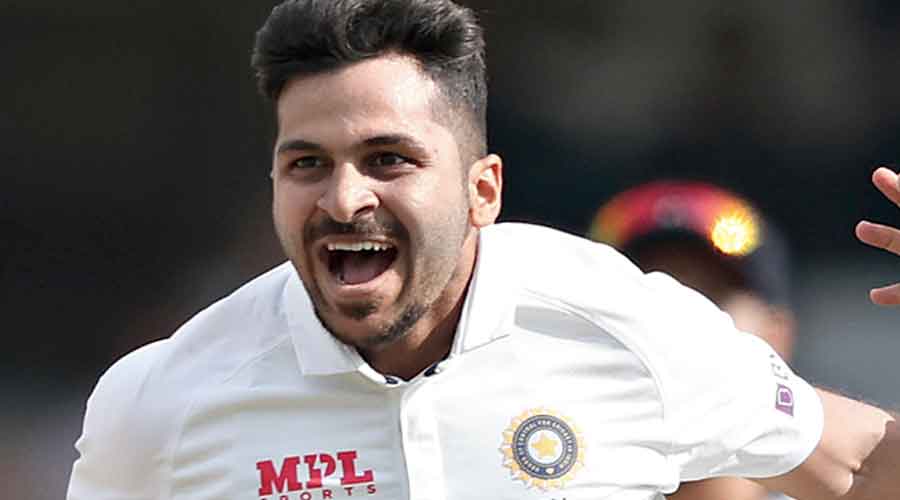 Though he registered his best bowling figures on Tuesday at the Wanderers in Johannesburg, the “best is yet to come” as far as Shardul Thakur is concerned.

The position that India find themselves in after two days of play in this second Test, with an overall lead of 58 and eight wickets in hand, Shardul’s role has certainly been massive in this regard.

“Obviously, because the team management thinks I am a genuine bowler, that’s why I am here. My performance in domestic and white-ball cricket has been rewarded, and whenever opportunities came, I have tried my best to deliver.

“Red-ball cricket is the purest form of the game and whenever I am playing Test cricket, my energy and mindset are different and I am always looking to take wickets,” Shardul explained later in the day.

So far, India haven’t lost any Test when Shardul has been a part of the XI. At present, they have a fair chance to win the ongoing Test as well.

With strike bowlers Jasprit Bumrah and Mohammed Shami unable to take wickets in the morning session on Tuesday, Shardul stepped up to deliver, bringing India back into the contest.

“Even when we played in Centurion, there was help from the pitch. It’s the same here too, so all you had to do is keep going hard at the batsmen and bowl in the right spots,” Shardul said, speaking about the adjustments he made, bowling at the Wanderers.

“There was a length on the pitch from where the ball bounced awkwardly. All I tried to do was pitch the ball on the cracks and hoped it would do something,” he added.

If the likes of Ravindra Jadeja and Axar Patel are fit, the opportunities become limited for Shardul, particularly when India play at home. But he doesn’t feel pressurised with such a situation.

“Every opportunity to play for India is welcome because we are in any case a country of 1.3 billion."