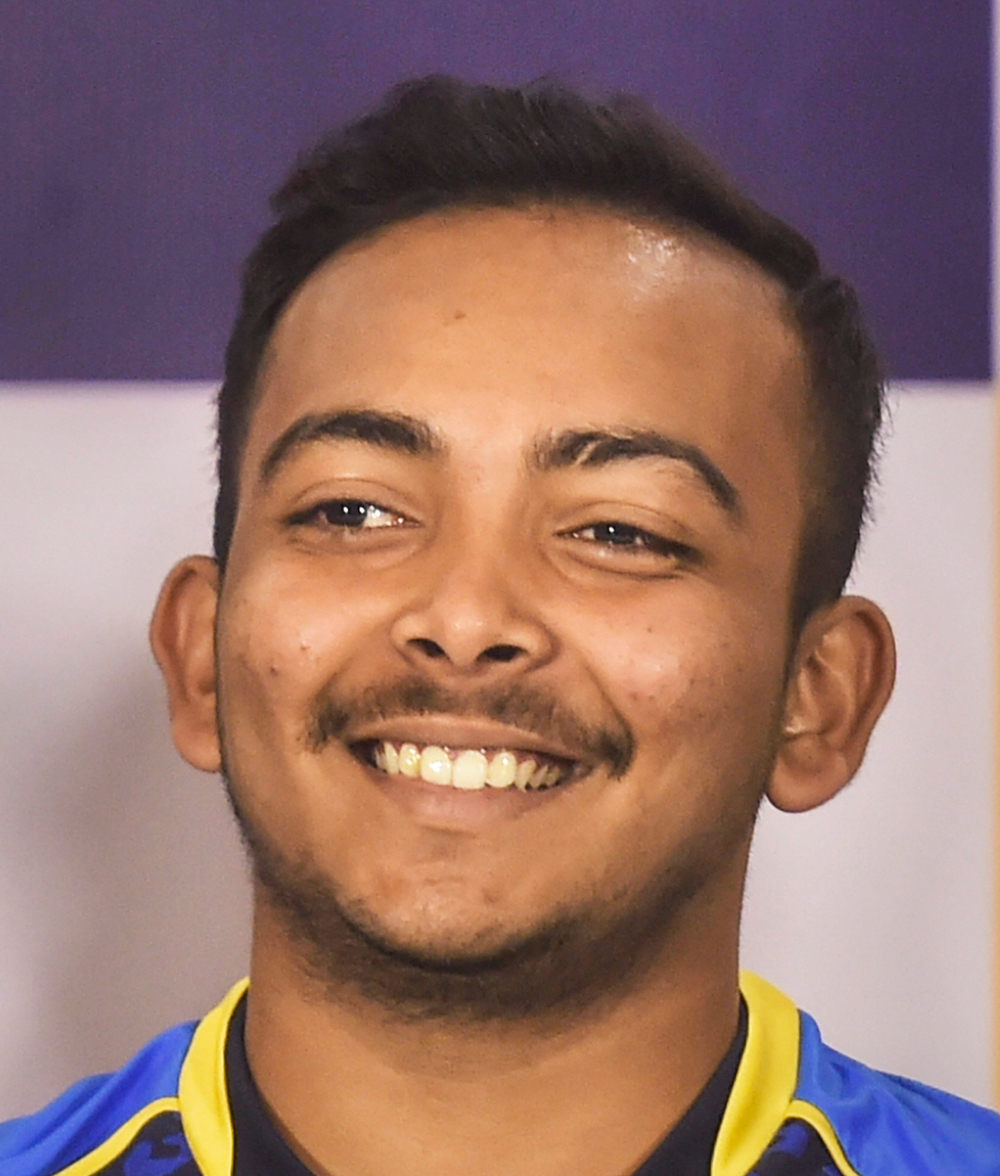 Prithvi Shaw’s period of suspension, starting from March 16 and ending on November 15, effectively rules him out of the home Tests against South Africa in October as well as the first Test against Bangladesh which begins on November 14.
(PTI)
Indranil Majumdar   |   Calcutta   |   Published 30.07.19, 09:30 PM

Talented India opener Prithvi Shaw was on Tuesday slapped with an eight-month ban from all forms of competitive cricket for failing a dope test, the Board of Control for Cricket in India (BCCI) said.

The Board said that the 19-year-old had “inadvertently ingested a prohibited substance (terbutaline), which can be commonly found in cough syrups”.

Shaw’s period of suspension, starting from March 16 and ending on November 15, effectively rules him out of the home Tests against South Africa in October as well as the first Test against Bangladesh which begins on November 14.

Shaw, who played two Test matches against the West Indies in 2018 and scored a century on debut, was reportedly undergoing rehabilitation for a hip injury suffered in the T20 Mumbai Premier League. Shaw wasn’t picked for the West Indies tour with chief selector M.S.K. Prasad saying he was “unavailable”.

The young cricketer had provided a urine sample as part of the BCCI’s anti-doping programme on the day of Mumbai’s Syed Mushtaq Ali Trophy match against Punjab on February 22 in Indore.

His sample was subsequently tested and found to contain the banned substance.

“Terbutaline, a specified substance, is prohibited both in & out of competition in the WADA Prohibited List of Substances,” the BCCI said.

A drug used to treat allergic and acute asthma, Terbutaline falls under a class of compounds called beta-2 agonists banned for sportspersons because they can improve endurance of athletes’ sports performance.

Doctors say beta-2 agonists are among the most commonly used drugs by athletes, which is related to the high prevalence of asthma and exercise induced bronchoconstriction.

After a sparkling debut against the West Indies, Shaw was picked for the Australia tour, but injured his left ankle in a warm-up match in Sydney, which ruled him out of the series.

The U-19 World Cup winning captain suffered from cough and cold on landing in Indore for the Mushtaq Ali Trophy matches. Aware that he needed to play and be fit for the IPL which followed, Shaw consulted his father who advised him to visit a pharmacy. He obtained an over-the-counter cough syrup that would provide immediate relief from a local pharmacist. He though doesn’t recall the brand name, nor did he retain the bottle after use.

Shaw used the syrup for a couple of days before he turned out for Mumbai against Sikkim on February 21. The next day he participated in the match against Punjab. He went through dope testing after the match and signed on the form when he provided his urine sample. In the box provided to declare any medications or supplements used in the previous seven days, he wrote ‘Antibiotics’.

He admitted to the Anti-Doping Rule Violation (ADRV) but asserted it was “inadvertent, being caused by his ingestion of the over-the-counter cough syrup he had taken for his cough”.

The BCCI said it was “satisfied” with the explanation that Shaw had taken “terbutaline inadvertently to treat an respiratory tract infection and not as a performance-enhancing drug”.

Shaw had the option to fill in the Therapeutic Use Exemption (TUE) form which athletes use when they take a prohibited medication to treat a legitimate medical condition. But Shaw seemed to be unaware of any such thing.

“The BCCI has made efforts to educate the players by holding workshops every year. The workshops include cricketers from the nursery to the senior level. Every player is told and given a list of the dos and don’ts pertaining to usage of supplements as well as medicine when it comes to illness,” Dr Nisith Ranjan Chowdhury, a member of the BCCI’s medical advisory committee, told The Telegraph.

“I have conducted such sessions at the Cricket Association of Bengal several times… This generally happens at the start of every season in every state. Last year though I wasn’t there. If players commit such offence even after all this, he should not be pardoned,” Chowdhury added.

The BCCI spends several crores annually for its anti-doping programme, which includes a 24x7 “helpline”.

Shaw “may” return to training with his state team and/or to use the facilities of any club or other member organisation of the BCCI after midnight on September 15.

The BCCI also said that all of Shaw’s “numbers” from February 22 this year, when the urine sample was collected, to July 16, the date when he was provisionally suspended, stand “disqualified”.

“Any individual medals or other prizes awarded to him based on those results are forfeited,” the BCCI said.

Along with Shaw, two other domestic players — Akshay Dullarwar of Vidarbha and Divya Gajraj of Rajasthan — have also violated the anti-doping code.

There have been whispers about Shaw’s fitness and attitude and how he had failed to handle stardom during his short career, though the opener has denied such talk.