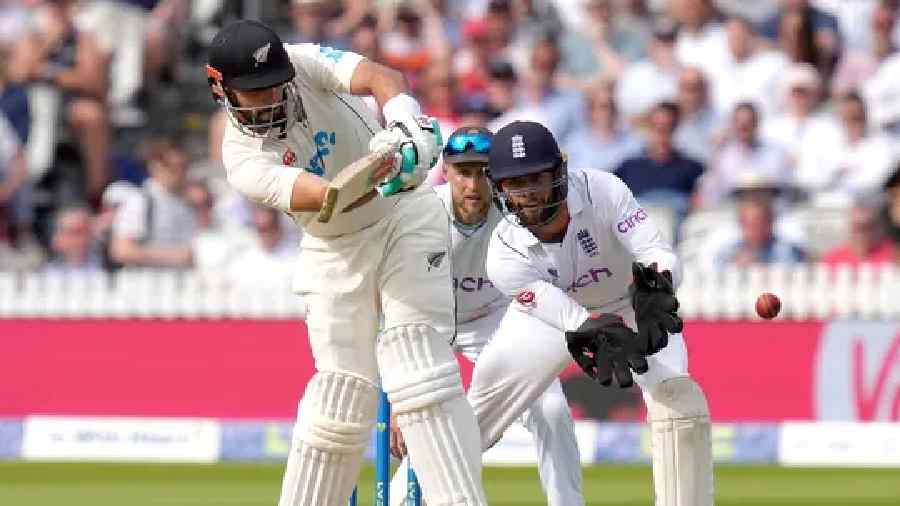 England’s bowlers struck three times in quick succession late on Day III to take control of the final Test against New Zealand at Headingley on Saturday and stay on course for a 3-0 series sweep.

The visitors were on 168 for 5 and led England by 137 runs when rain brought a premature halt to the day’s play.

New Zealand got off to a promising start in their second innings thanks to a fluent half-century from Tom Latham (76) but lost their way after the opener was dismissed by debutant Jamie Overton (1/34) off the first ball after tea.

Devon Conway (11) was soon to follow, succumbing to Joe Root’s part-time off-spin before England landed the big scalp of opposition skipper Kane Williamson, who perished for 48 after edging behind to Matthew Potts (2/20).

Bangladesh made 234 against the West Indies after being asked to bat first in the second Test at the Darren Sammy Stadium.

The West Indies held the upper hand reaching 187 for four in the second session on the second day. Openers John Campbell (45)and captain Kraigg Brathwaite (51) brought up a 100-run opening stand that laid foundation for the innings.