Kolkata Knight Riders look to make use of ‘intent’ 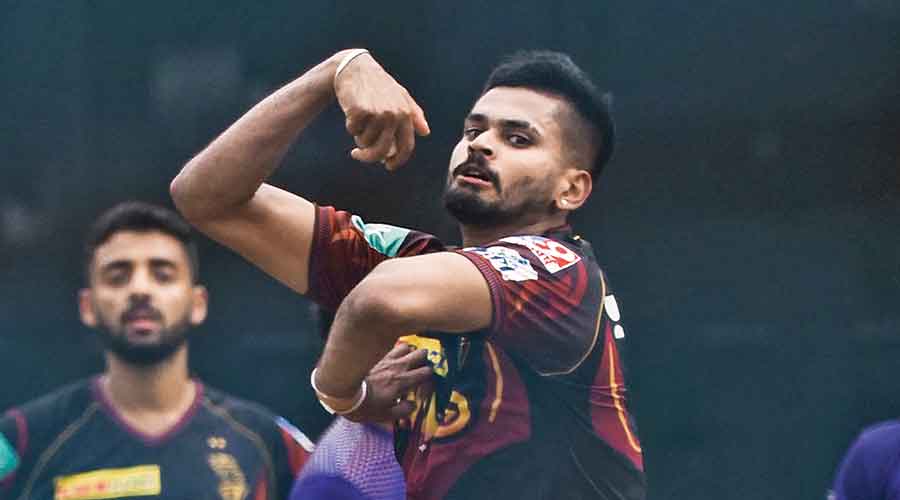 Kolkata Knight Riders’ attacking brand of cricket had earned them a convincing victory against Chennai Super Kings in the IPL opener. On Wednesday, their batting performed miserably against Royal Challengers Bangalore but there was no dearth of positive intent on the field.

Captain Shreyas Iyer has certainly brought in fresh ideas and the team has displayed good energy. Despite the loss, KKR hit more boundaries than RCB and managed to push the low-scoring match into the final over.

On Friday at the Wankhede in Mumbai, KKR will meet a new-look Punjab Kings, who displayed similar aggression when they hunted down 206 against RCB to begin their campaign in style.

KKR will be worried about Andre Russell’s fitness after he suffered a sore shoulder against RCB. If Russell doesn’t recover, they could be forced to include Mohammad Nabi or Shivam Mavi. Head coach Brendon McCullum revealed that Russell wasn’t 100 per cent fit when he bowled the final over as Dinesh Karthik hit a six and a boundary off the first two balls to seal victory.

“Andre had run around the boundary and dived, and unfortunately picked up a little bit of a bump. His shoulder was a little bit sore. But Dre being Dre, he still wants to try to get the job done, and he wasn’t quite able to. Those are things which happen in low-scoring games,” McCullum said at the post-match media conference on Wednesday.

McCullum too praised the players’ intent. “I actually loved the intent to be honest. I thought the intent was great. You back the fact that you played the extra batter, and you played a long batting line-up. You don’t anticipate being bowled out obviously,” McCullum said.

“Honestly, I felt we didn’t have a lot of luck. Every time we sort of went for our aggressive option, we seemed to find a fielder or things didn’t quite go our way. That can happen sometimes. But I want us to continue to keep that intent because that served us so well last year,” the head coach added.

Varun Chakravarthy was slightly off colour on Wednesday but that could be because of the dew. Venkatesh Iyer has failed to find his touch as an opener and that has been a deterrent. Having mostly batted in the middle-order since the last IPL, Venkatesh is perhaps finding it tough to reinvent his touch which fetched him success at the top.

There’s good news for Punjab Kings as Kagiso Rabada is out of quarantine  and trained with the team.

Jonny Bairstow, however, is unavailable for the second game too as he is yet to complete quarantine post his arrival in India.