Kohli: Give Shaw space to grow

Gambhir, too, had mentioned that the 18-year-old Shaw should not be rushed into comparisons with Sehwag 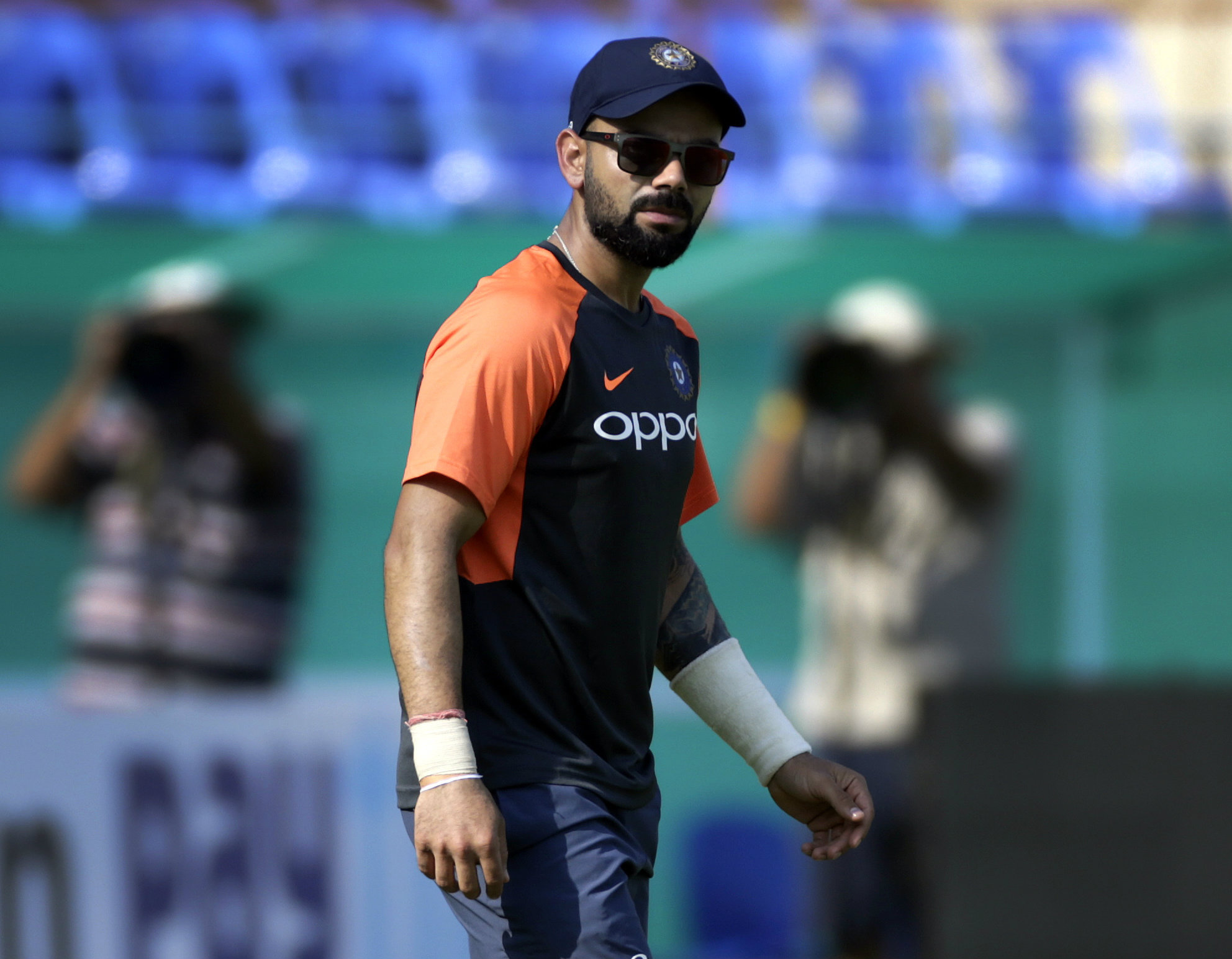 Virat Kohli wants young Prithvi Shaw to be given some space and he should be allowed to grow as a cricketer instead of being compared with greats like Virender Sehwag.

Even Gautam Gambhir, the other day, categorically mentioned that even though Shaw played a fantastic knock in his debut Test, the 18-year-old should not be rushed into comparisons with Sehwag or any other former great as he still has a long way to go.

Addressing the media on the eve of the second and final Test against the West Indies in Hyderabad, Kohli said: “I don’t think he (Shaw) should be rushed into anything yet because you need to give a youngster some space to grow.

“This guy is supremely talented and he has got great ability as everyone saw (in Rajkot). We definitely think he has it in him to play at the highest level and he can repeat what he did in the first game.

“He is a very keen learner, a really sharp guy. He understands situations well. We are all very happy for him.”

About comparisons with Sehwag, Kohli echoed his former India teammate Gambhir. “We shouldn’t compare him with anyone now. We shouldn’t put him in a place where he feels pressure of any kind and he should be left in a space where he enjoys his cricket and slowly grows into a player we all believe in.”

However, Kohli did agree that the A tours, U-19 tournaments being broadcast live and the IPL do put youngsters in instant spotlight, making them better equipped to handle all the attention and pressure.

“Yes, this early exposure matters because they are already getting used to the environment that an international game would replicate. But there’s always pressure of playing for the country.

“When you get that cap in the morning of the game, there are always butterflies in the stomach and I am sure everyone feels that pressure. But I am sure it is not as intense as it used to be 10-15 years back when you didn’t have any exposure in this kind of cricket and suddenly you were out there in a Test match making your debut for India… That was really tough...

“So, I agree with the fact that they have played in situations in the IPL where they play in front of so many people that they are not nervous anymore at the big stage.

“I think the youngsters are not overawed by the scenario and that’s always going to be an advantage because the guys coming in can start doing the job from game one, something that Prithvi has done and Hanuma (Vihari) as well.

“They are supremely confident guys, those who are coming up the ranks,” Kohli explained.

The India captain scored his 24th Test hundred in Rajkot where he ran nearly 100 runs (99 to be precise) in ones and twos. Kohli believes that he has now reached a stage where he can bat for two days piling up runs in ones, twos or threes.

“You also have to realise that by the time the middle order walked in at that game, the ball was soft. The pitch was not as quick, the harder ball comes onto the bat, so you have more opportunities for boundaries, Kohli said.

“You can run your way to a hundred as well. There’s no harm in that. I think with that mindset you understand your game you can bat all day. You can bat for two days and just score in ones and twos.”

However, according to Kohli, this strategy comes with a condition — clarity of mind. “You don’t necessarily need to hit a boundary and if you are convinced about that in your head, then the bowler gets to know as well and then the battle of patience starts.”