In the tournament, both RCB and LSG started with a loss, registered a hat-trick of wins and then lost the subsequent game before winning their last match 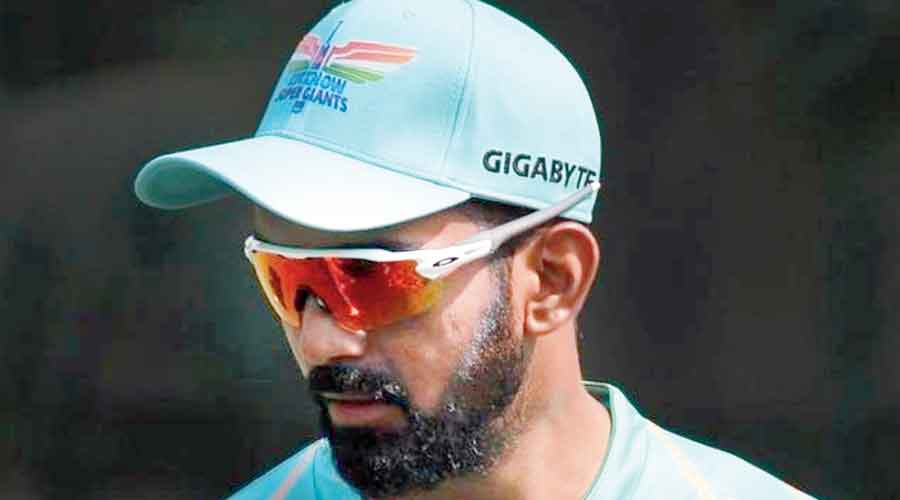 Royal Challengers Bangalore have possibly had the best start to their IPL campaign this season. On Tuesday they meet Lucknow Super Giants at the DY Patil Stadium in Navi Mumbai in a bid to keep their winning momentum intact.

Both teams have eight points each with the net run-rate separating them on the points table. The teams’ journey in the IPL has also been on similar lines. Both started with a loss, registered a hat-trick of wins and then lost the subsequent game before winning their last match.

Dinesh Karthik’s finishing skills have carried RCB’s hopes, making up for their shaky batting line-up. Captain Faf du Plessis even admitted that the top order is yet to fire. Both Du Plessis and former captain Virat Kohli have managed only one 50-plus score in the 12 innings between them. Glenn Maxwell has tried to hold the middle-order together.

As for the Super Giants, their openers KL Rahul and Quinton de Kock have clicked at the top, easing the burden on the middle order. The No.3 spot, in particular, hasn’t found a fixed batter with Evin Lewis, Manish Pandey, and K. Gowtham all getting look-ins. But Ayush Badoni, Marcus Stoinis, Deepak Hooda and Krunal Pandya have been enterprising. While Karthik has been brutal against pacers, he hasn’t been as comfortable against wrist-spinners. Karthik has a strike rate of 248.33 against pacers while his strike rate dips to 141.17 against slow bowlers. Against wrist spinners, he has a strike rate of 75.

There’s no doubt that the Super Giants will look to utilise this by bringing on Ravi Bishnoi. Rajasthan Royals held back an over from Yuzvendra Chahal for Karthik while Delhi Capitals did the same with Kuldeep Yadav.