Jasprit Bumrah to miss Asia Cup with back spasms

Pacer to undergo rehabilitation at the National Cricket Academy in Bangalore 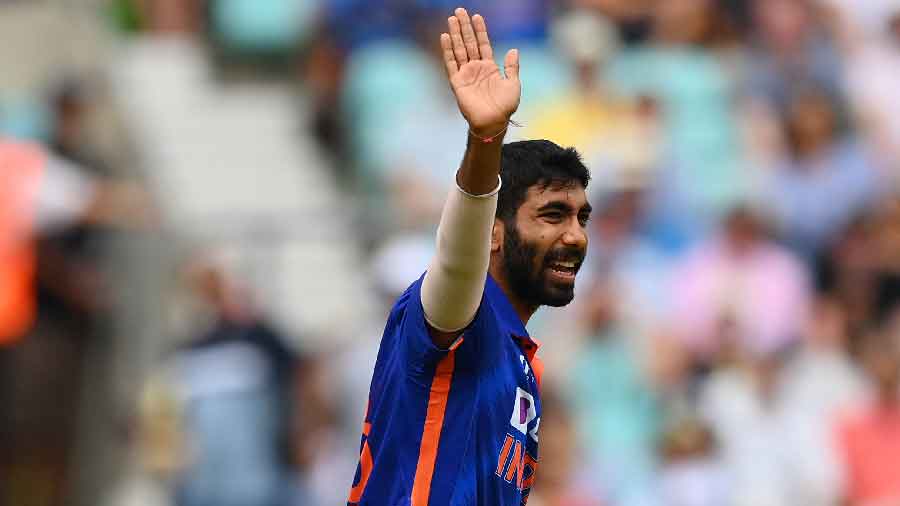 Hours before the national selectors sat down to finalise the squad for the Asia Cup, chairman Chetan Sharma was informed that Jasprit Bumrah was nursing a back injury and would be unavailable. Team India’s premier fast bowler has been suffering from back spasms for some time now and the selectors decided not to risk aggravating his injury in the UAE. It is still not clear if the injury makes him a doubtful starter for the T20 World Cup in Australia in October-November.

Bumrah will undergo rehabilitation at the National Cricket Academy in Bangalore. The squad, led by Rohit Sharma, will see the return of KL Rahul as vice-captain and Virat Kohli. Deepak Hooda has been rewarded for making most of the opportunities at the expense of Shreyas Iyer, who is among the standbys along with Deepak Chahar and Axar Patel. Bumrah didn’t play the last ODI in England on July 17 after complaining of back spasms.

His last match was the ODI at Lord’s. He also participated in only the second T20I in England after leading in the rescheduled Test following Rohit Sharma’s unavailability because of Covid-19. He was subsequently rested for the series in the West Indies. “He should be available for the World Cup as the nature of the injury is supposed to be not so serious. He is expected to recover through rest and treatment. This is more of a precautionary measure,” a source told The Telegraph on Monday evening. Bumrah becomes the second pacer, after Harshal Patel, to be ruled out of the continental tournament from August 27.

The Royal Challengers Bangalore all-rounder will miss the tournament because of a side strain. Bumrah’s absence will mean an opportunity for the likes of Arshdeep Singh and Avesh Khan to impress the selectors ahead of the World Cup. However, Mohammed Shami continues to be ignored since the last World Cup in the UAE. Keeping the conditions in mind, the 15-member squad has four specialist spinners — Ravichandran Ashwin, Ravindra Jadeja, Yuzvendra Chahal and Ravi Bishnoi.

Chahar will be making a comeback of sorts from injury and will play in the ODI series in Zimbabwe. The selectors didn’t want to rush him and his performance will be monitored. A good showing in the home T20I series against Australia and South Africa could open the doors for him in the World Cup. This is not the first time that Bumrah has been laid low by a back problem. He had been treated for lower back injury in London and missed the latter half of 2019. After an extensive rehabilitation process, he returned for the tour of New Zealand in February-March 2020.