Says a lot of work is still left to be done 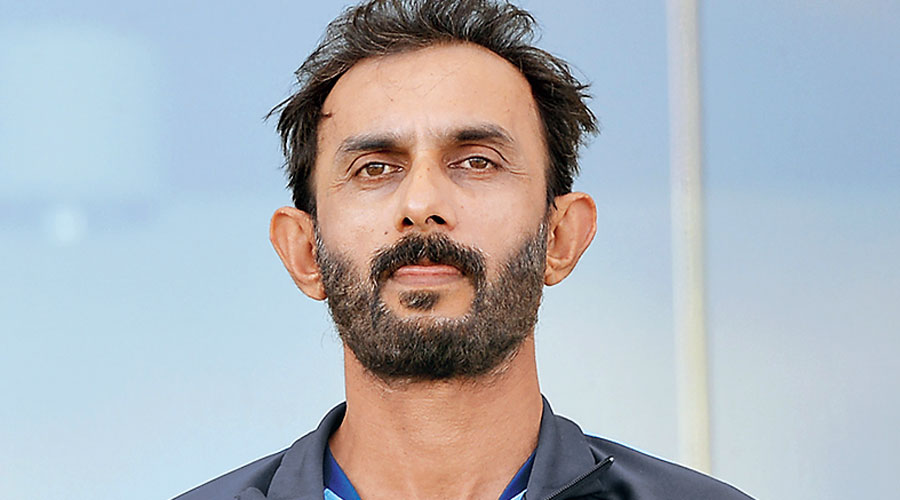 India's batting coach Vikram Rathour on Tuesday confirmed that he has already re-applied for the same position as he feels there is a lot of work still left to be done.

Rathour is the only one from the current support staff, who is keen on a second stint as head coach Ravi Shastri, bowling coach Bharath Arun and fielding coach R Sridhar have decided to move on.

"Going forward, I have already applied for the batting coach's job and if I get the job, there is going to be a lot of work to be done. (I) will take it as it goes," Rathour said at the pre-match press conference ahead of the team's match against Afghanistan to a query by PTI.

Rathour took over as the India batting coach from former India batsman Sanjay Bangar in 2019 and his appointment was till the end of the 2021 T20 World Cup.

Under Rathour as the batting coach, India won a historic Test series in Australia and also thrashed England on their home soil earlier this year.

The 52-year-old Jalandhar-born Rathour played six Tests and seven ODIs for India, with modest returns of 131 and 193 runs respectively.

The right-handed batsman played 146 first-class matches and amassed 11,473 runs from it.

Rathour stressed that it was a great experience to work with skipper Virat Kohli and his boys in the Indian dressing room.

"I thought this PC was for the World Cup. But anyways I can answer this question. So, the experience (with the Indian team) has been great.

"It has been a great learning experience. It is great to work with a team of such highly motivated and skilful players, so it has been a good experience," he added.

The BCCI has invited applications for head coach, batting coach, bowling coach, and fielding coach and the last date to apply for the batting coach's job is November 3 by 5 PM.

It's a mere formality for Rahul Dravid to take over as the national coach.