Ireland vs India, 2nd T20I: Eye on future in jostle for berths

Our ultimate goal is to get better for the World Cup: Hardik Pandya 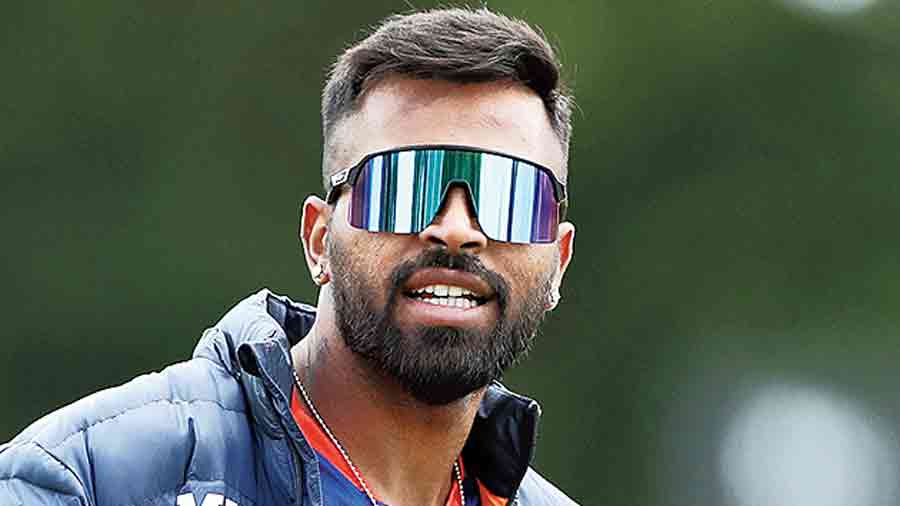 India have one more opportunity to test a new hand or two in the build-up to this year’s T20 World Cup in Tuesday’s second and final T20I versus Ireland at Malahide in Dublin. In other words, Tuesday’s contest could be India’s one last opportunity to hand any one of their players an international debut as they face a formidable England next after the Test in Edgbaston against Ben Stokes and Co.

At the same time, though, Hardik Pandya and the rest of the group would also be having an eye on the weather. Rain had reduced the first T20I to a 12-overs-a-side affair, and the final game too could be a truncated one as there’s a possibility of showers at Malahide on Tuesday as well.

India though would be hoping for an uninterrupted game. Their concentration thus would be more on the combination they can try out or if they feel they should be going in with the same XI that had featured on Sunday.

“Our ultimate goal is to get better for the World Cup,” Pandya told reporters after Sunday’s seven-wicket win over the Irishmen. “This is a good step we have taken as the players are showing the kind of attitude and character that will help us during crunch games in the World Cup.

“It’s a conscious effort by the team management to get the players they are considering in the squad and give them the best opportunity to get some game time rather than coming into the World Cup and play their first game. We want people to settle in and by the time the World Cup comes, we’ll have a tighter squad,” the skipper explained.

Among other decisions, India need to decide whether Deepak Hooda should continue to open with Ishan Kishan, particularly as Ruturaj Gaikwad, the regular opener, had picked up a calf niggle during the first half on Sunday. Will Rahul Tripathi get a look-in in the batting order? Or, could left-arm quick Arshdeep Singh be drafted in, in case India give some rest to Avesh Khan or senior pro Bhuvneshwar Kumar since both of them have been playing right through the South Africa T20Is? One has to wait and see.

The much-awaited international debut wasn’t really worth remembering for Umran Malik as he bowled just one over, where promising Ireland batsman Harry Tector (whom Pandya gifted a bat later on) took him on. Pandya, however, isn’t reading much into it, stressing the need to give a talent like Umran a little more time.

“When you play for India for the first time, and the journey he (Umran) has had, it’s important to give such a bowler and such a talent some time,” the captain said.

“Whether it was a good or bad day for him is irrelevant. Just to play for India is in itself a very big thing for him.

“He’ll only get better from hereon. I want to let him enjoy this moment because a debut happens only once,” Hardik added.