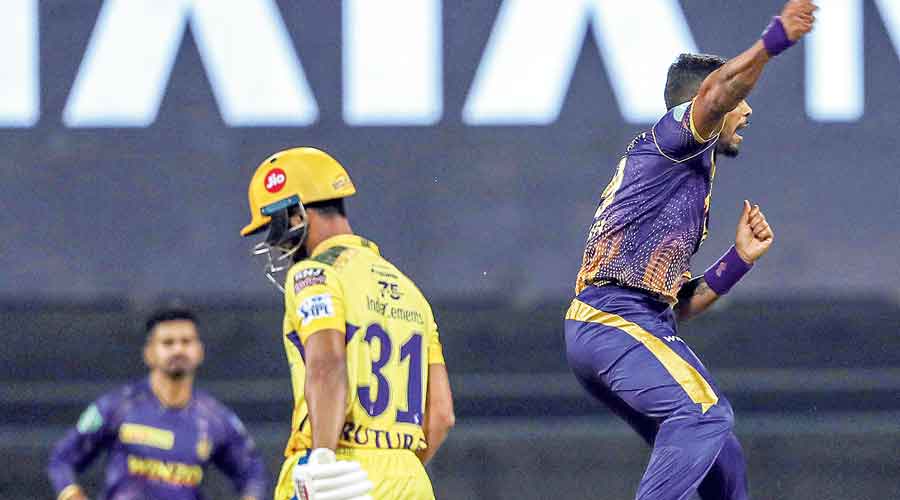 Chennai Super Kings rued the lack of partnerships, which captain Ravindra Jadeja felt was one of the main reasons behind his team’s defeat in the tournament opener against Kolkata Knight Riders in Mumbai on Saturday.

After being put in at the Wankhede, the Super Kings lost wickets at the top and couldn’t get going till Jadeja and Mahendra Singh Dhoni’s unbroken 70-run stand for the sixth wicket helped them to 131 for 5.

“As a batting unit, we didn’t get partnerships. That hurt us a bit. But we’ll surely try to do better next time,” Jadeja said at the post-match presentation.

Jadeja said that with dew playing an important role, bowling first would be the right way to go. “I think dew will be vital and it will play a part.

“So if you win the toss, you will definitely look to bowl first. In the first six overs, it was damp and in the second half, the ball was coming nicely on to the bat,” Jadeja stated.

Dwayne Bravo’s deceptive bowling (3/20 off four overs) certainly made matters a little bit tougher for the Knight Riders even after they had gone off to a solid start. Lauding Bravo for his superb effort with the ball, Jadeja said that the Super Kings had tried their best to drag the game as deep as they could.

But in such conditions at the Wankhede, 132 was never going to be a difficult target for the Knights.

“We were looking to drag the game as deep as we could. Bravo bowled brilliantly and almost everybody did a good job with the ball,” Jadeja said.

“But as I said earlier, we didn’t get partnerships as a batting unit. Nonetheless, we will try to do better in the next game,” the Super Kings skipper added.

The four-time champions play debutants Lucknow Super Giants next at the Brabourne Stadium in Mumbai on Thursday.