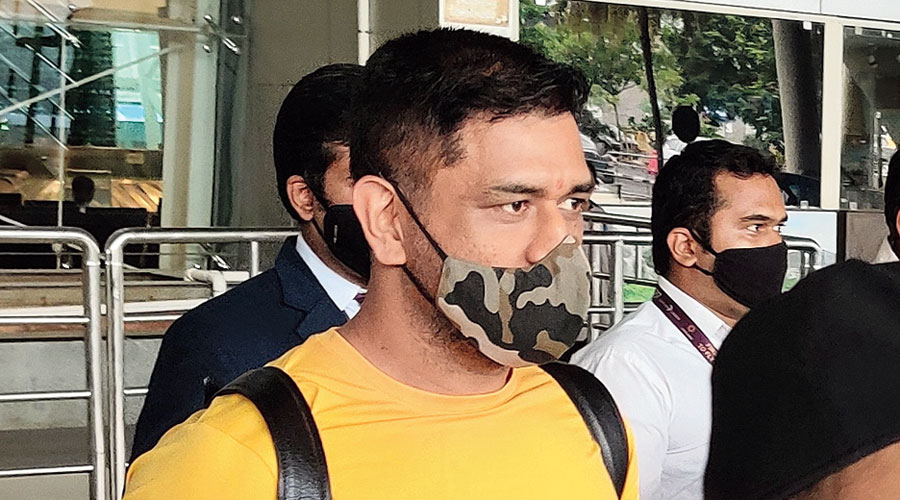 Kolkata Knight Riders will be among the first teams to reach the United Arab Emirates to begin their preparations for this year's Indian Premier League.

According to The Telegraph's sources, the Dinesh Karthik-led franchise with its Indian players and support staff will be flying out of Mumbai on August 20/21 and will be staying at The Ritz-Carlton Abu Dhabi, Grand Canal.

Spread over 57 acres, the hotel overlooks the Grand Canal and KKR are expected to reserve almost the entire property as per IPL norms. Players and team support staff, who will be present during practice sessions, will have to operate within the protocols of the bio-secure environment.

They will have to go through a six-day quarantine procescas on reaching the UAE, which includes tests on Days I, III and VI. If all three tests are negative, they will enter and remain within the bio-secure environment for the entire 53-day window from September 19 to November 10.

Team owners too will either have to stay separately or quarantine themselves before getting to meet the players.

"Team members must be allotted rooms in a separate wing of the hotel that has a separate centralised air conditioning unit than the rest of the hotel," according to the Standard Operating Procedures.

It was learnt that hotel service personnel who will cater to the players and support staff of different franchises have already gone into isolation since they have to "quarantine themselves in the hotel 14 days before the arrival of the team".

Most franchises have been preferring beach-front properties. The Oberoi, Dubai, will be the official hotel for the BCCI.

Mumbai Indians and Chennai Super Kings will be leaving on August 21 from Mumbai and Chennai, respectively. While Mumbai Indians will be staying at St Regis, Sadiyat Island (Abu Dhabi), the Mahendra Singh Dhoni-led franchise will park themselves at Taj Dubai.

Dhoni and the rest of the Indian players of CSK reached Chennai on Friday. Their six-day conditioning camp at the MA Chidambaram Stadium begins from Saturday. Ravindra Jadeja, Harbhajan Singh and Shardul Thakur will, however, not attend the camp because of "personal reasons".

Mumbai Indians' home players have already started honing their skills at Reliance's corporate facility in Navi Mumbai. The rest of the Indian players are expected to assemble by Monday.

Virat Kohli's Royal Challengers Bangalore and Sunrisers Hyderabad will also stay in Dubai. RCB are booked at Waldorf Astoria while Sunrisers, who will leave on August 23, will be putting up at Ritz Carlton. Kings XI Punjab, who have Anil Kumble as their head coach this season, will be at Sofitel The Palm, Dubai.

However, franchises will not have the services of the Australian and English players for the first few days of the tournament since the last match of their white-ball series in the UK ends on September 16.

The likes of Steve Smith, David Warner, Pat Cummins, Jofra Archer, Eoin Morgan and Ben Stokes won't arrive in UAE before September 17, after which they enter the six-day quarantine process.

The IPL governing council hasn't agreed to relax the norms despite requests from the franchises.

But Andrew McDonald, Australia's assistant coach, has been allowed to link up with Rajasthan Royals, where he's the head coach.