While the home team will be happy with the result, the Windies were once again guilty of not going the distance 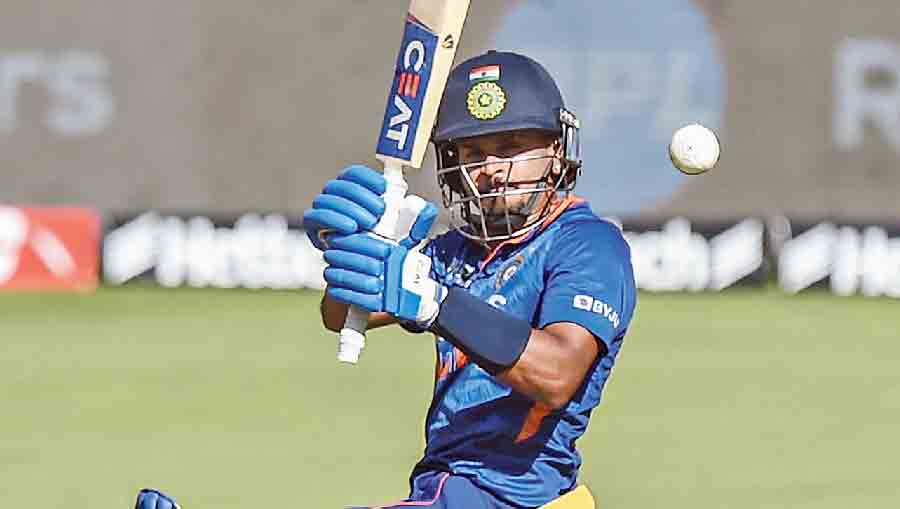 India completed a 3-0 sweep over the West Indies, their first in the 50-over format against the Caribbean side, with a handsome 96-run win in the third and final game in Ahmedabad on Friday.

While the home team will be happy with the result, the Windies were once again guilty of not going the distance. Chasing a 266-run target, the visitors were all out for 169 in just 37.1 overs. With T20s being the favourite format of the new generation of the Caribbean players, one fears that they are miscalculating their shots and aggression in the longer 50-over game.

It was Shreyas Iyer’s mature 80 off 111 balls and Rishabh Pant's 54-ball 56 which bailed out India from a top-order collapse on Friday. All-rounders Washington Sundar (33 off 34 balls) and Deepak Chahar (38 off 38 balls) too chipped in with useful runs as India finished their 50 overs with a score of 265.

Then India’s pace trio of Prasidh Krishna, Mohammed Siraj and Chahar never allowed the Windies to settle in, sharing eight wickets between them. It was a happy return for chinaman bowler Kuldeep Yadav as well as he picked up the other two wickets.

Winning captain Rohit Sharma thinks his team has ticked a “lot of boxes" in this series, but fact is there have also been a couple of headaches.

The primary one is the form of Virat Kohli, who was out for a duck on Friday. The former captain’s scores in the previous two games were 8 and 18. With this being a World Cup (T20) year, Rohit would certainly want the best batsman in the team to find his feet back quickly.

Also, Rohit had three opening partners — Ishan Kishan, Rishabh Pant and Shikhar Dhawan — in three games this series, but none clicked. However, Dhawan, who played on Friday after recovering from Covid-19, can be given the benefit of doubt.

Rohit though was happy with the show. “Whatever we wanted to get out of the series, we got. The noise will be around as long as we are playing. We know we’re playing a high-profile sport in India and people look up to us. The outside noise doesn’t bother the dressing room,” he said.

Among the positives, the bowling of pacer Prasidh certainly ranks the highest. The right-arm bowler finished with nine wickets from three games at an average of 7.55 and a stunning economy rate of 2.50. His line and length, as well as the bounce he extracted from the surface, must have made the team management hopeful of getting even better service from him in the future.

Adjudged the player of the series, Prasidh credited his good showing to practice. “I’ve been practising and played a few Vijay Hazare matches… I have a few overs in me and am in rhythm.”