To complicate matters, Pathum Nissanka and Dushmantha Chameera are unavailable for the visitors 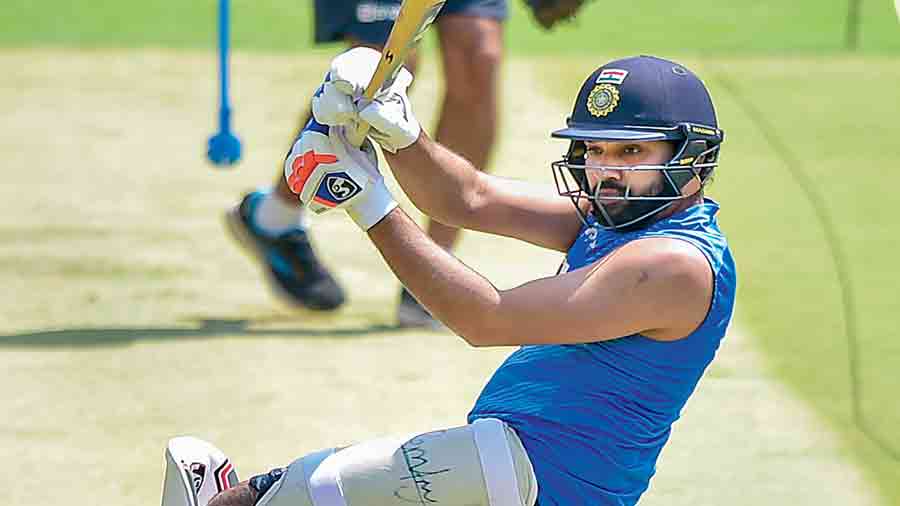 India captain Rohit Sharma at practice in Bangalore on Friday, the eve of the final Test against Sri Lanka.
PTI
Indranil Majumdar   |   Published 12.03.22, 12:07 AM

The all-powerful chief executives’ committee of the International Cricket Council had shelved a proposal to introduce a two-tier structure in Test cricket few years ago.

According to the plan, the two-tier system would comprise seven teams in the top tier and five at the bottom, to give the game more competitive edge with promotion and relegation based on performance. Sri Lanka’s loss within three days in the opener in Mohali will again provide much credence to such thinking.

Having come into the series on the back of victories against Bangladesh and the West Indies at home, Sri Lanka have failed to replicate their showing. The gulf in the two teams’ rankings — India second while Sri Lanka are placed seventh — has been laid bare.

To complicate matters, Pathum Nissanka has been ruled out of the Day-Night Test, starting Saturday in Bangalore, because of a back injury. Dushmantha Chameera, who sat out the first Test, is also unavailable.

It is only logical that Rohit Sharma’s team is expected to have another easy run in this World Test Championship match. The only debate could be on the duration of the Test.

The last Test in Bangalore (vs Afghanistan, June 2018) and the last Day-Night Test in India (vs England, February 2021) were all two-day affairs.

The wicket at the Chinnaswamy wore a barren look with a smattering of dead grass. It’s no surprise that it will help the spinners though the twilight period and the dew may prompt India to go in with a three-pronged pace attack.

While Bumrah and Mohammed Shami select themselves in the XI, Mohammed Siraj could get a look-in if three pacers are preferred. Else, Axar Patel could be the preferred choice in place of Jayant Yadav.

A packed Chinnaswamy will also hope that Virat Kohli gets his first century since the 2019 Day-Night Test against Bangladesh in Calcutta.