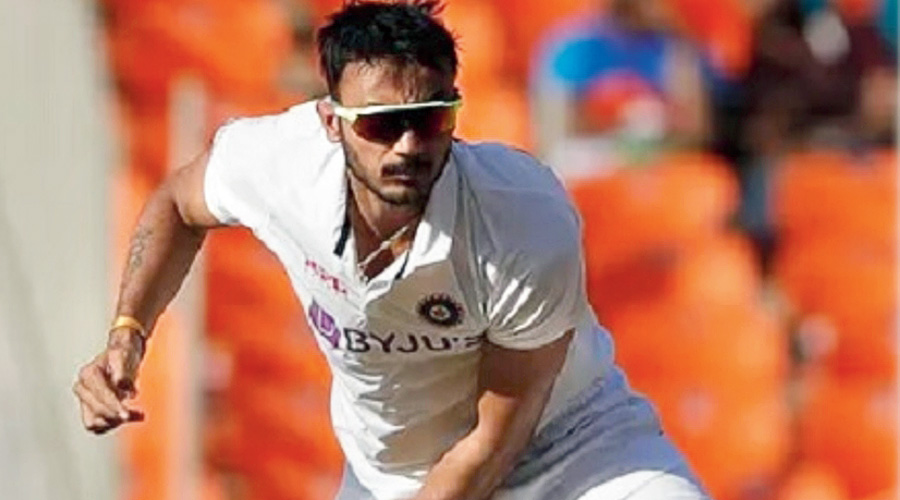 In his very first year in Test cricket, Axar Patel has made a name for himself. This is his fifth Test appearance, he has so far taken 36 wickets and has also scored 179 runs with the bat, coming in to bat in the lower order. Axar has certainly been able to earn himself an automatic spot in India’s XI during home Tests.

Besides, he’s quite capable of compensating for the absence of any of the big names in the current Indian spin attack, something he did with a lot of assurance during his debut series versus England in February-March this year when Ravindra Jadeja was out injured.

The left-arm spinner acknowledged that 2021 has been a dream year for him. “You can say this has been my dream year. The way I bowled in the England series and how the New Zealand series has panned out so far, while in between there was the IPL… This has indeed been a good year for me,” Axar said after the third day’s play of the ongoing second and final Test in Mumbai.

His job now, Axar understands, is to try and keep getting even better. “My endeavour is to keep improving and look at areas where I need to get better.

“All the hard work that I have put in all these years have finally yielded results,” he added.

Together with his bowling, Axar’s contributions with the bat too have been valuable for India, particularly in this Wankhede Test. His scores lower down the order have given India those much-needed extra runs on a challenging wicket, particularly after some of the big names again flattered to deceive.

“The batting coach (Vikram Rathour) and the team management have faith in my batting abilities and they have always told me that I can do it,” he said.

“My batting is benefiting my team and if myself, Jaddubhai and Ashbhai (Ravichandran Ashwin) play as all-rounders, it releases a bit of pressure on our batters.”