India vs Leicestershire: Kohli spends 124 minutes at the crease

Saini does the star turn taking three wickets for the hosts 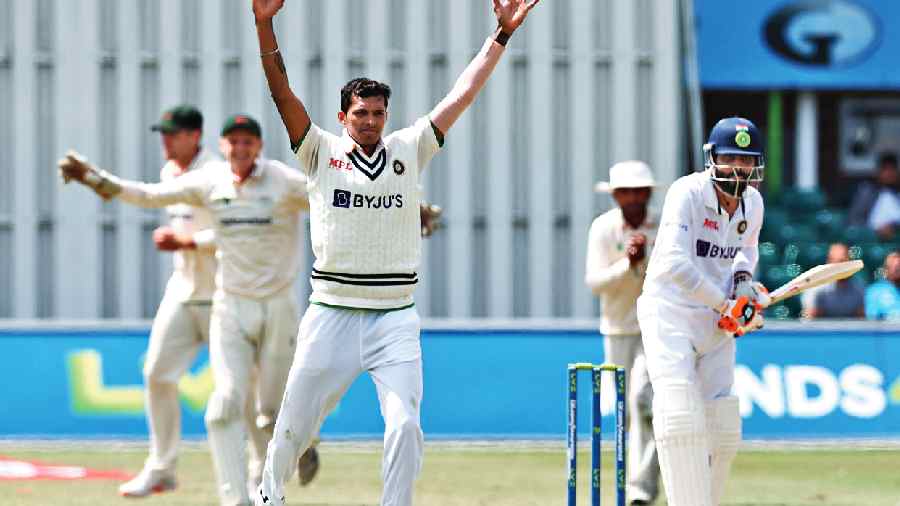 The Indians were 363 for nine in their second innings, with an overall lead of 365 on the third day of their tour match against Leicestershire at Grace Road on Saturday.

Virat Kohli top-scored with 67 while Ravindra Jadeja was batting on 56.

The partnership between Shreyas Iyer and Ravindra Jadeja for the ninth wicket was broken by Kamlesh Nagarkoti as he sent Iyer back to the dugout.

Jasprit Bumrah dismissed Kohli, who was looking solid at the middle. The former captain batted for 124 minutes and played 98 balls. He hit five boundaries and two sixes.

The match is very important from India’s perspective as it will prepare them for the rescheduled fifth Test match at Edgbaston from July 1.

Earlier, India declared on 246 for eight before bundling out Leicestershire for 244.

The Indian batters struggled against Leicestershire bowling which comprised among others Bumrah, Prasidh Krishna and Navdeep Saini. All three, along with Cheteshwar Pujara and Rishabh Pant, have turned out for the home team.

This arrangement has been done to give all players an opportunity to test their skills in overseas conditions.

Pujara, who was dismissed for a duck in the first innings for Leicestershire, batted for Indians on Saturday. It helped him get some valuable practice ahead of the Test. He made 22.

Saini did the star turn, taking three wickets, after the Indians resumed their second innings. Shubman Gill had departed for 38 on Friday as the opening partnership produced 62 runs. The Indians resumed on 80 for one on Saturday.

Hanuma Vihari and KS Bharat played watchful and cautious cricket before Vihari fell for 20. Bharat then became Saini’s second victim as he was caught by Bumrah for 43. His 146-minute vigil included seven boundaries. Bharat had scored an unbeaten 70 in the first innings.

Shreyas produced an entertaining innings of 32 off 42 balls, including six boundaries, before being run out.

Skipper Harmanpreet Kaur contributed with both bat and ball to steer the Indian women’s cricket team to a series sealing five-wicket win over Sri Lanka in the second T20I here on Saturday.

Vice-captain Smriti Mandhana contributed 39 off 34 balls as India chased down the 126-run target in 19.1 overs.