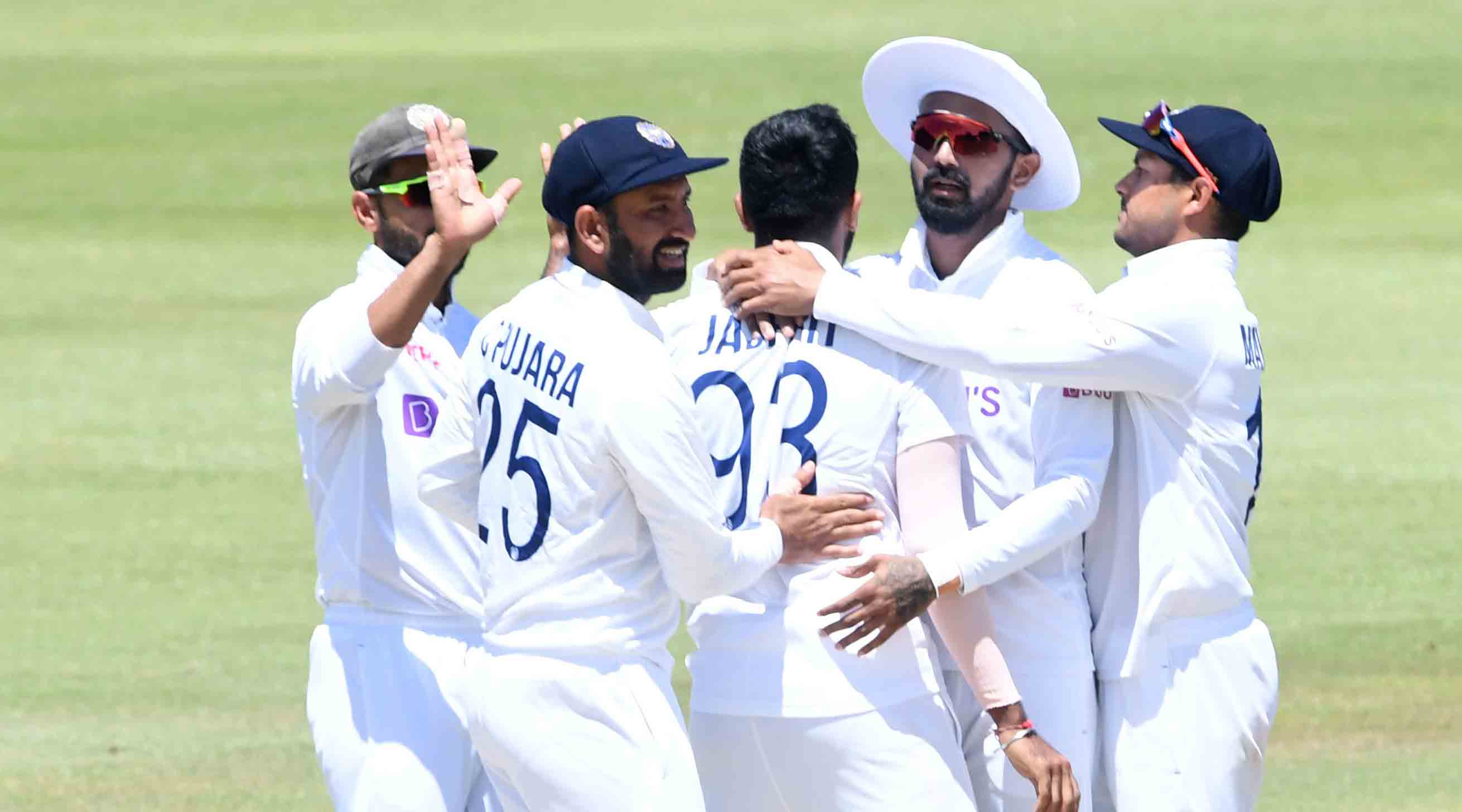 India beat South Africa by 113 runs in the opening Test to take a 1-0 lead in the three-match series here on Thursday.

Set a stiff target of 305, South Africa were bowled out for 191 just after lunch in their second innings on the fifth and final day of the series opener at the SuperSport Park.

South Africa had finished the fourth day at 94 for four with skipper Dean Elgar unbeaten on 52 after Indian batters caved in on a track with uneven bounce, getting all out for 174 in just 50.3 overs.

For India, Jasprit Bumrah and Mohammed Shami finished with three wickets apiece while there were two apiece for Mohammed Siraj and Ravichandran Ashwin.