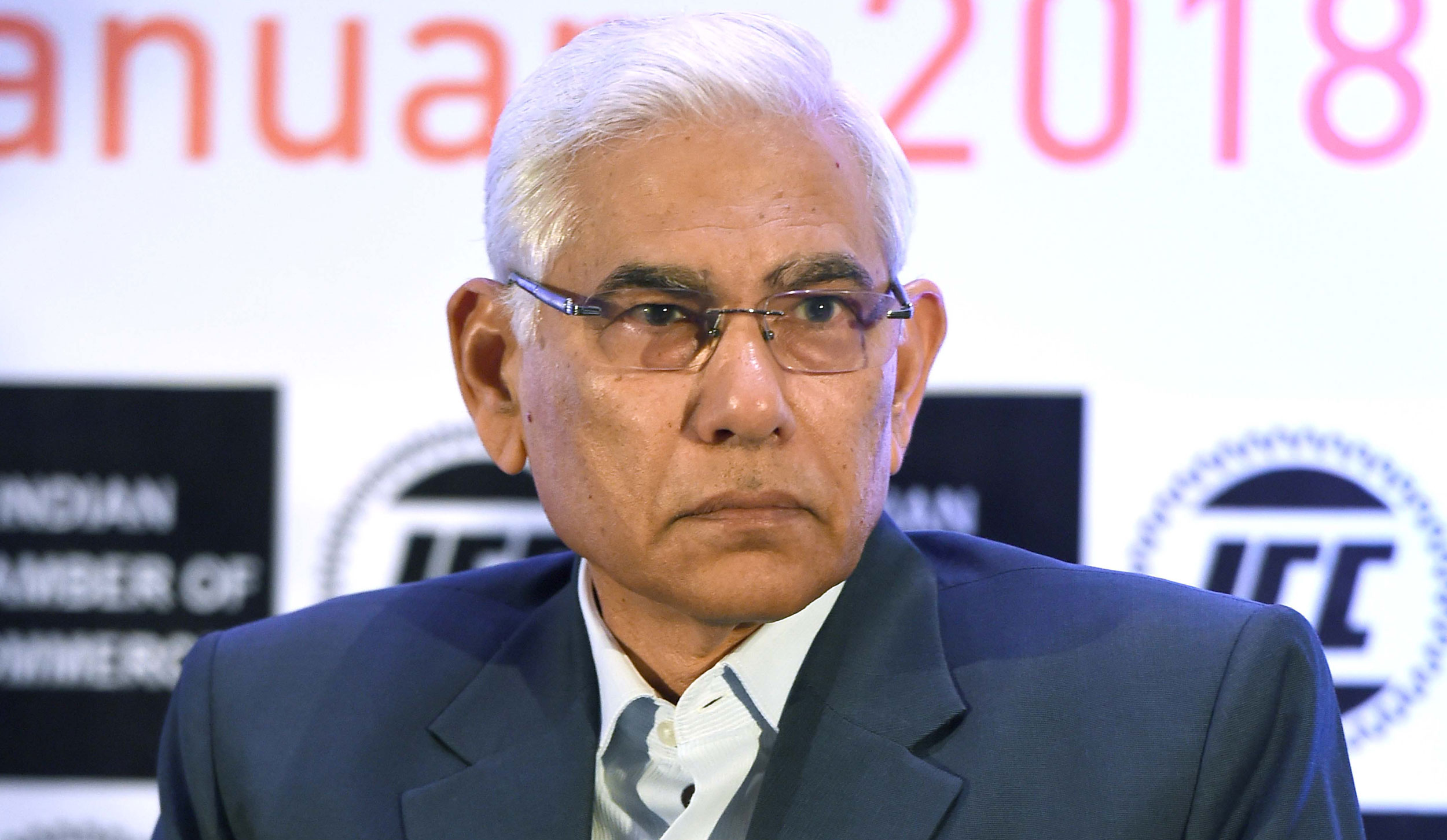 “We are happy that our stand has been vindicated. What PCB termed as Memorandum of Understanding was just a proposal letter,” CoA chief Vinod Rai (in picture) said.
Telegraph file picture
PTI   |   Dubai   |   Published 20.11.18, 10:30 AM

The International Cricket Council's dispute panel on Tuesday dismissed Pakistan's compensation claim against India for allegedly failing to honour a Memorandum of Understanding on bilateral series, handing the BCCI a massive win and ending the long-standing feud.

“PCB case against BCCI dismissed by dispute panel,” the ICC posted on its official Twitter page.

“The judgement (sic) is binding and non-appealable,” it added in a brief statement.

The Pakistan Cricket Board (PCB) had demanded Rs 447 crore compensation after alleging that the BCCI didn't honour the MoU that required India to play six bilateral series between 2015 to 2023.

The BCCI, on its part, maintained that the alleged MoU was not binding and did not stand as Pakistan failed to honour a commitment to support the revenue model suggested by India for the ICC.

The Indian Board also said that bilateral cricket with Pakistan was subject to government clearance, which has not been forthcoming since the 2008 Mumbai terror attacks.

“We are happy that our stand has been vindicated. What PCB termed as Memorandum of Understanding was just a proposal letter,” CoA chief Vinod Rai said.

“I would like to thank the BCCI legal team as well as everyone who worked on this arbitration,” Rai said.

He said BCCI will now file a counter compensation case against the PCB to demand the cost of arbitration.

“We will make a presentation to the panel and demand entire cost of compensation to be borne by the PCB for the arbitration where there claims have been dismissed,” he added.

The ICC's three-member dispute resolution committee was formed last year to look into the PCB's compensation claim. The hearing took place at the world body's headquarters here from October 1-3.

The issue goes back to 2014 when the erstwhile BCCI secretary Sanjay Patel signed a one-page document which BCCI always termed as the “proposal letter” to play six bilateral series between 2015 to 2023 on home-and-away basis.

The first of the proposed series was planned in November 2015 in the UAE but BCCI didn't get permission from the government which is mandatory for any bilateral cricketing engagement with Pakistan.

The PCB went on to claim compensation for losing out on TV revenue for that particular series.

India's former external affairs minister Salman Khurshid was among those who were cross-examined during the dispute panel hearing.

According to a senior BCCI official, he justified India's refusal to play bilateral cricket with Pakistan, citing security concerns.

Rai thanked Khurshid for his deposition during the hearing.

“Mr Khurshid and Sundar Raman's deposition in the arbitration made our case stronger,” he said.

Raman was the COO of the Indian Premier League.