'Mahi bhai (Dhoni) told me to keep bowling yorkers, he said ‘don’t change anything now, you can get a hat-trick' 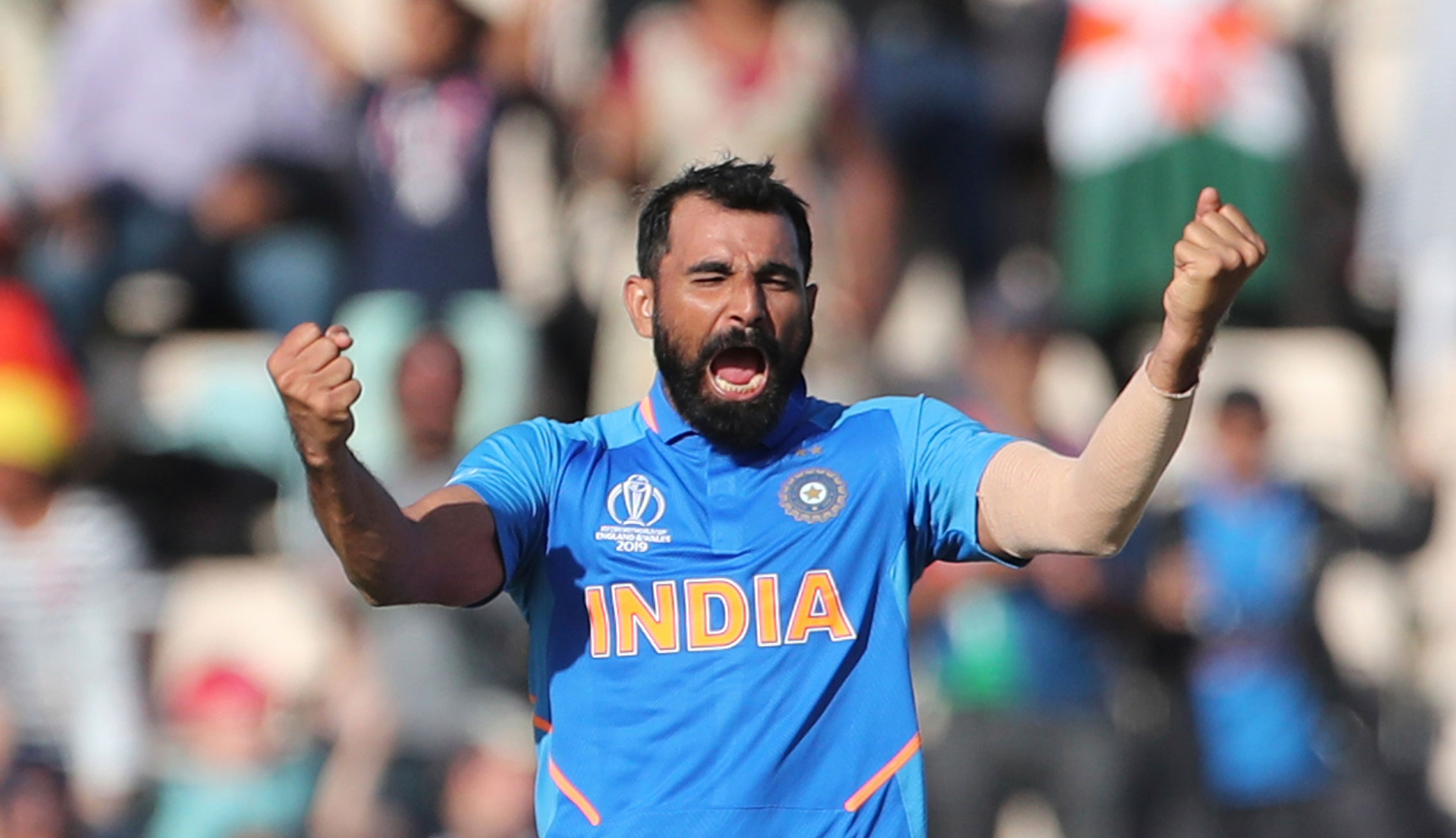 Mohammed Shami celebrates his hat-trick after dismissing Afghanistan's Mujeeb Ur Rahman during the ICC Cricket World Cup match between India and Afghanistan at the Hampshire Bowl in Southampton, on June 22, 2019.
(AP)
Our Bureau & Agencies   |   Calcutta   |   Published 23.06.19, 09:53 PM

A wise word from Mahendra Singh Dhoni inspired Mohammed Shami to bowl the delivery that earned his place in World Cup history.

Shami, drafted into the Indian team after an injury to Bhuvneshwar Kumar, was given the responsibility for the final over with Afghanistan needing 16 runs to win, with three wickets in hand.

Mohammed Nabi drilled his first delivery down the ground to bank his half century and put India’s fans on their edge of their seats.

But Shami then produced a devastating series of deliveries to turn the match, claiming only the third hat-trick in World Cup history — and arguably one of the most decisive.

He outfoxed Nabi with a yorker that he fired straight down long on’s throat and then produced two carbon copy deliveries to skittle out the tailenders — it was brutal stuff, fast, straight and bang on middle stump.

“The plan was simple. There was no time to think, you just had to back yourself and your skills. I didn’t want to try variations because that increases the chances of going for runs. My thought was to execute my plan rather than trying to read batsman’s mind,” said Shami, the second Indian player to claim three straight wickets after Chetan Sharma in 1987.

“Mahi bhai (Dhoni) told me to keep bowling yorkers, he said ‘don’t change anything now, you can get a hat-trick’.

“Getting a chance in the team is a bit of luck but I was ready to seize my opportunity. The chance to get a hat-trick is a very rare thing and it’s very special for me.”

Afghanistan’s spinners restricted India’s scoring but it was Virat Kohli’s pace attack that allowed them to defend a modest total in a thrilling encounter.

Jasprit Bumrah took two wickets in three balls as Afghanistan were starting to exude confidence and Shami finished with figures of 4/40 thanks to his final over heroics.

“We knew they would be circumspect against short balls, we didn’t bowl full deliveries but focused on bouncers from varying lengths, the plan worked,” added Shami.

All-rounder Nabi had threatened to take the game away with his half-century and Shami said it was important that they don’t let the shoulders drop. “There was a point when Nabi’s flow was irritating but it’s better if you don’t show your concern or irritation which the batsman would have gauged,” he said.

“We shouldn’t show our weakness. From the exterior, we should always show aggression. We knew that if Nabi was out, then match belongs us. He was the only batsman who could have built their innings.”

For someone, who loved his biryani, Shami’s new mantra has been fitness which helped him bowl some great spells for India in Test matches last year.

“This is a long journey, may be, around two years. Post-injury, I had put on weight and I could feel that. After one spell, I would feel tired and there would be tightness. I had a surgery too. At that point in time, I could sense that if I had to continue playing cricket, I better do something extra,” Shami recalled.

Afghanistan bowlers were hit for a record 25 sixes in their previous match with England with Rashid Khan, one of the best performers on the franchise T20 circuit, finishing with figures of 0/110 at Headingley.