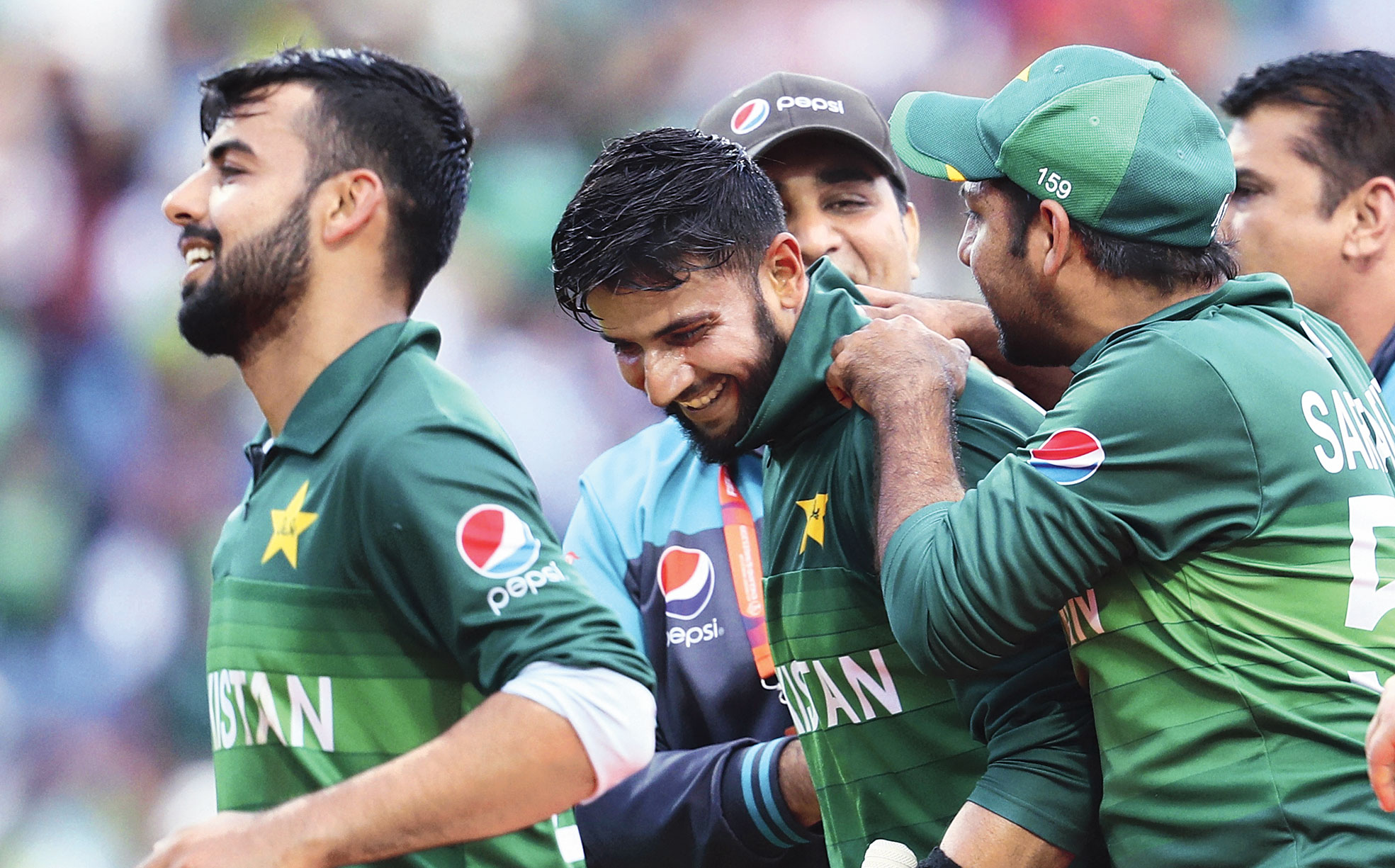 Man of the Match Imad Wasim is congratulated by Sarfaraz Ahmed and teammates after Pakistan’s three-wicket victory over Afghanistan at Headingley on Saturday.
(AP)
Our Bureau & Agencies   |   Calcutta   |   Published 29.06.19, 08:57 PM

The ICC said it would take action against any fan involved in “scuffles” as clashes broke out between Pakistan and Afghanistan fans during their match at Headingley on Saturday.

Videos shared on social media showed supporters of both countries fighting outside the venue and security personnel being forced to intervene. According to a cricket-specific website, at least two fans had been evicted from the ground.

“We are aware of some scuffles among some fans and working with the venue security team and the local police force, West Yorkshire Police, to ensure there are no further incidents,” an ICC spokesperson was quoted as saying.

“We do not condone this type of behaviour and will take appropriate action against any anti-social behaviour that spoils the enjoyment for the majority of fans.”

On the field too, it turned out to be a highly competitive game as Pakistan were stretched till the second last ball of the match in their three-wicket win over the Afghans. The established batsmen threw their starts away, but all-rounder Imad Wasim remained unbeaten on 49, sharing a vital 50-run stand with Shadab Khan and then an unbroken partnership of 24 with Wahab Riaz (15 not out) to take Pakistan home.

Pakistan, courtesy this victory, moved up to fourth in the standings with nine points from eight matches.

Earlier, Pakistan bowlers did not exactly dominate, but pacer Shaheen Afridi’s four-wicket haul helped the side limit Afghanistan to 227 for nine. Contributions from Asghar Afghan (42) and Najibullah Zadran (42) gave the Afghan bowlers something to bowl at, and they tried their best to make a match out of it.

Coming back to the fracas, local media reports stated that the trouble started when a plane towing the message ‘Justice for Balochistan’ flew over the venue. Balochistan is the largest province in Pakistan and borders Afghanistan to the north.

“We work with local police forces around the country to prevent this type of incident occurring and were assured that given Headingley is under the flight path for the Leeds Bradford Airport, it would not be an issue,” the spokesperson added. “We do not condone any sort of political messages in the World Cup and will work with West Yorkshire police to deal with and understand why this has happened and to ensure it does not happen again.”

West Yorkshire Police said they had been called in after “reports of some trouble outside the ground linked to people trying to get in.”