Have to start well in the 3rd test: Jason Holder

Fielding is another area where they need to tighten up, feels the West Indies captain 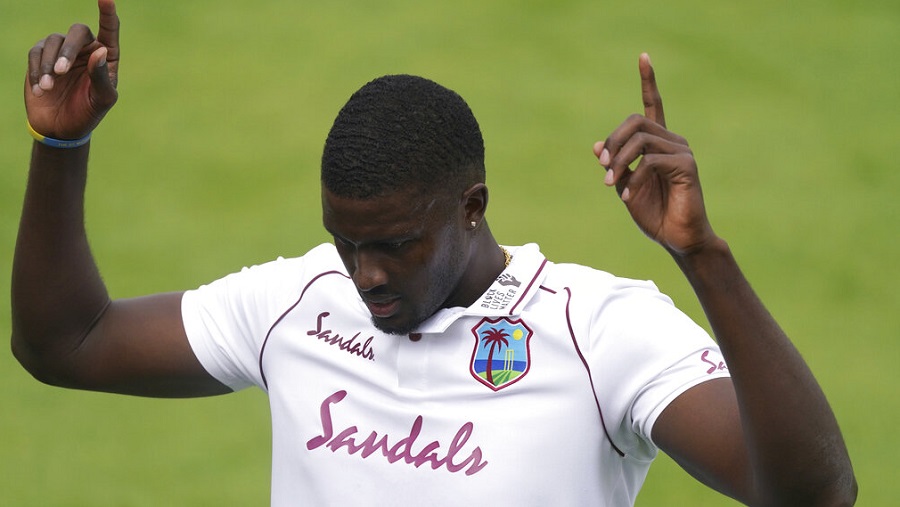 West Indies captain Jason Holder remains confident of his team winning the Test series despite the disappointing show in the previous game.

He, however, did agree that the Windies need to start well and their batsmen need to convert starts into big knocks.
"So far it's been tough, but we've got enough motivation to keep pushing as there's a chance to win the series. It's just a matter of righting the wrongs that we had in the previous Test and making sure we start well," Holder said in a video conference on the eve of the third and final Test in Manchester.

"We would love to have our batters get more runs and put up a solid first innings total. We are yet to have a hundred in this series. But I see this as a perfect opportunity for our batters to get a hundred."

Shai Hope has been going through a lean patch, but Holder continues to have faith in the No. 3 batsman. "We all know what Shai can produce and has done at this level.

"We know his calibre, so I have full confidence in Shai to score runs. He has got starts, so we believe he'll do something special in this Test. He has my full support," Holder said.

Fielding is another area where the Windies need to tighten up, Holder added.

The rigours of back-to-back Test matches can certainly take a toll on the Windies quicks, while England, on the other hand, have the luxury of rotating their pacers. Holder, though, doesn't seem to be too worried regarding the matter.

"As far as workload is concerned, I feel our players have responded well and we have been doing this for a number of years now. Yes, this has been a quick turnaround, but these guys have done it before as well. I am not too worried about it," he stated.

Holder indicated that if conditions at Old Trafford permit, the six-and-a-half-feet tall, burly off-spinner Rahkeem Cornwall could be drafted into the XI.

"Yes, if Rahkeem does come in, he will be a wicket-taker. In his last Test match (versus Afghanistan in Lucknow last November), he got 10 wickets. He is a quality spinner and is certainly a wicket-taking option.
"Not just that, he lends us a cushion in terms of his batting as well and brings a lot of control too with the way he bowls," Holder emphasised.