Harshal Patel stays ‘a step ahead’

‘To be honest, people have been trying to anticipate what I am bowling for the last two years' 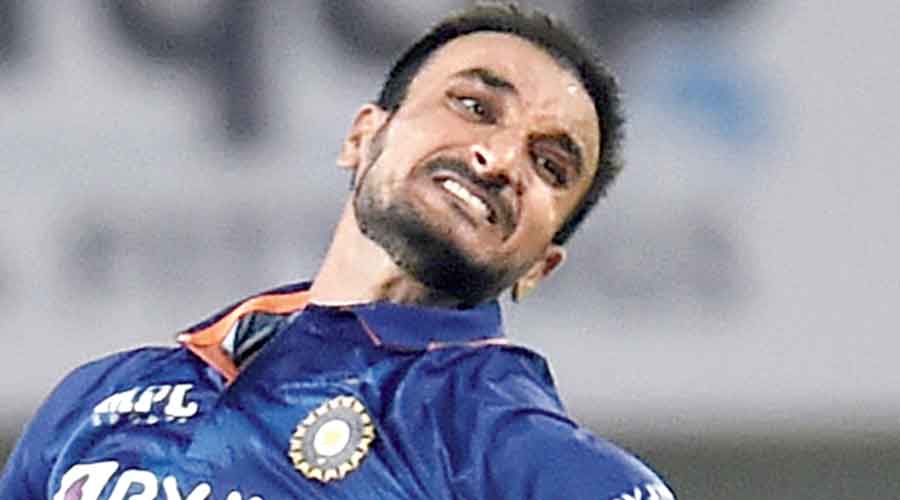 Harshal Patel knows his limitations and, like a good cricketer, he thrives to excel using his strengths rather than worry about any skill which he doesn’t have. Precisely, Harshal knows he doesn’t have express pace and so his focus is on developing his variations.

Bowling medium-pace, Harshal has been a revelation as a death bowler in the IPL, where he plays for Royal Challengers Bangalore. He knows that batters will always try to dissect his bowling and so he understands the importance of staying a “step ahead” of them.

“To be honest, people have been trying to anticipate what I am bowling for the last two years (in IPL). With every bowler, the longer they play, the opposition will realise what his strengths and patterns are,” Harshal said at a media conference ahead of India’s fourth T20I against South Africa on Friday in Rajkot.

“As a bowler, my job is to stay one step ahead of them. At the end of the day, you can have 15 plans, but on a particular day, in a pressure situation, if you don’t go out and execute with confidence, everything doesn’t fall in place.

“My focus is on trying to execute the best possible delivery at that point in time,” he added.

Harshal had made his India debut after the T20 World Cup last November. He has so far played 11 T20Is, snaring 17 wickets at an average 19.52.  The 31-year-old believes in continuously enhancing his arsenal of skills as that would give the best chance to progress in his international career.

“I can’t worry about pace because I can’t bowl fast as Umran Malik. I have to develop skills to make myself effective at the international level. I have never been an express fast bowler, though on a good day I can go near 140kmph.

“My focus has always been to develop skills around my bowling and whatever limitations and advantages I have in my bowling,” Harshal said.

With variations being the key to his bowling, Harshal prefers slower surfaces.  That was quite evident from his bowling performance in the last two games, where the pitch allowed him to express himself. That was not the case at the Kotla, which sported a true wicket, and he got a hammering from the Proteas.

“I would certainly prefer to play on slow wickets. It gives you a fighting chance. If you keep playing on pitches like Delhi (Kotla), it can hamper your confidence a little bit.

“We have bowlers who can bowl on all pitches but it brings them more into the game when there are slightly slower pitches and slightly bigger ground dimensions,” Harshal said.