Hardik's intent and positive captaincy proved that he can lead India in future: Harbhajan

On Virat Kohli, former Indian cricketer says he is extremely confident that he would make a comeback soon 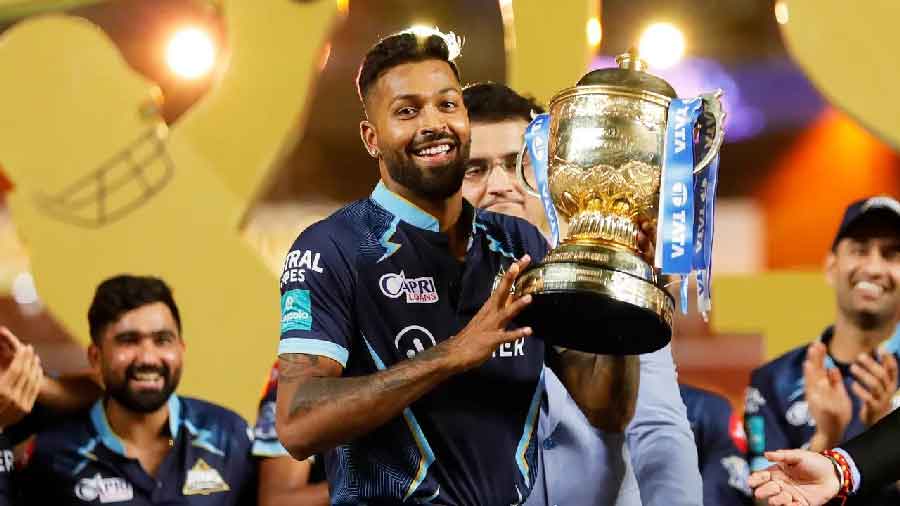 A penchant for leading by example mingles with intent and positivity to make IPL title-winning skipper Hardik Pandya a strong contender for Indian captaincy in near future, reckons spin great Harbhajan Singh.

The 28-year-old all-rounder is being tipped as a future India captain after leading unfancied Gujarat Titans to victory in their maiden season in the world's most lucrative T20 league.

"One of the biggest revelations in this year's IPL was the advent of Hardik Pandya as the skipper of the Gujarat Titans and the way he led the team from the front to win the coveted title is definitely praiseworthy.

"His intent and positive captaincy are signs that he can lead Team India in the future," Harbhajan told PTI in an interview.

It was the culmination of an extraordinary season that began with experts refusing to put their money on the franchise after questioning its purchases in the player auction.

Their flamboyant skipper, however, had other ideas as, after having surprised everyone with his precise decision-making and field placements, took three wickets and scored 34 runs against Rajasthan Royals in the final, which was attended by a crowd of over one lakh in the world's biggest cricket stadium in Motera.

As the discussion turned to Virat Kohli, the former spinner with 417 Test and 269 ODI wickets said that his slump is temporary and the batting maestro would make a resounding comeback very soon.

"Kohli is a kind of cricketer who always gives his best when he is out there in the middle. Given the quality of cricket he has delivered to us over the years, I am extremely confident that he would make a comeback soon. He has always been an achiever," stated the legendary spinner.

For the five-match T20I series against South Africa, the Indian team management is relying on a number of youngsters who have performed brilliantly in this year's IPL.

Harbhajan said this is a great opportunity for the likes of Rututaj Gaikwad, Ishan Kishan, Umran Malik and Arshdeep Singh to impress in the international arena ahead of the ICC T20 World Cup, scheduled to be held in Australia in October-November.

"It's a golden opportunity for these youngsters to do something special ahead of the ICC T20 World Cup later this year. The team management has injected the young blood into the squad against South Africa this time, and they have every potential to make it big before the flagship event," he said.

Harbhajan, who became the first Indian to take a hat-trick in Tests against Australia in 2001, said he is keenly looking forward to Yuzvendra Chahal's performance against the South Africans in the T20 series.

Chahal's excellent outing in IPL-15 earned him the Purple Cap -- reserved for the tournament's highest wicket-taker.

"Yuzvendra Chahal is currently in the form of his life, thanks to his amazing show in the IPL, that earned him 27 wickets, the most by any bowler this season.

"What sets Chahal apart from the rest is how he has evolved as a top-notch spinner over the years and never compromised on the line and length, which is very important for a spinner.

"Therefore, he will definitely play a pivotal role in this T20 series against South Africa," Harbhajan said during the interview which was facilitated by Fanatic Sports, one of leading sports travel and hospitality firms.

Asked about Dinesh Karthik's incredible resurgence, Harbhajan hailed the 37-year-old veteran as a fighter, whose never-say-die-attitude has led to his comeback to the Indian side.

"Dinesh Karthik, the kind of cricketer he is, and at this stage of his career, he is just trying to prove to himself that he is still good enough to represent the Indian colours.

"His determination, attitude, and most importantly, the fact that he believes, he has still got a lot to give to the Indian cricket team, are definitely laudable and he has definitely set a precedent by doing that," Harbhajan remarked.