Today was a good day, tomorrow can be bad, but life moves on, so keep laughing and do your hard work, says all-rounder 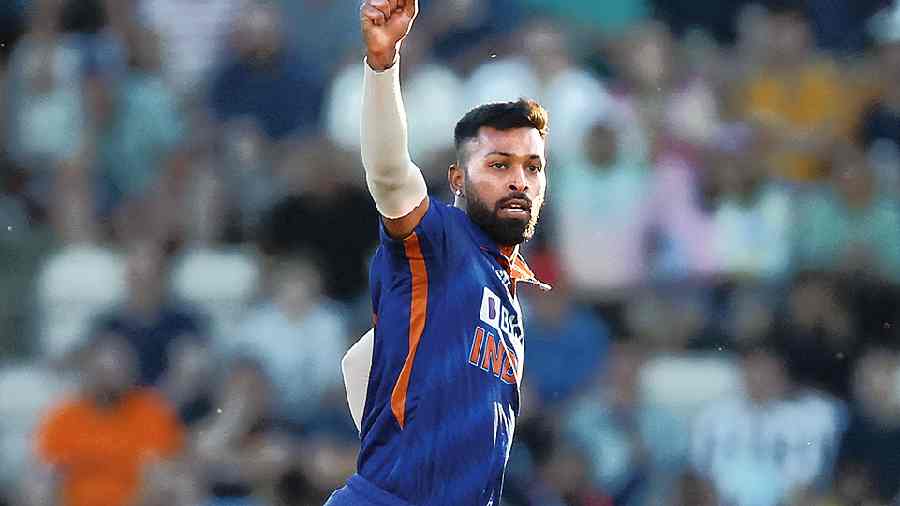 Hardik Pandya is not just playing better cricket nowadays, he has also armed himself with a mindset which keeps him guarded against the highs and lows of life, offering a “neutral” view always.

“Hard work always pays. I always believe that if you do hard work with good intention, it pays. One day the result will go my side, other day it won’t. My mindset doesn’t take me too high, neither too low. I have learnt to live neutral in life. Today was a good day, tomorrow can be bad, but life moves on, so keep laughing and do your hard work,” Pandya said at the media conference after playing the lead role — 33-ball 51 and 4/33 — in India’s impressive 50-run win over England in Southampton on Thursday.

Returning to top-tier cricket wasn’t easy for the all-rounder after injuries put his career in jeopardy. But he took his time and conquered all odds.

Ireland. The dream run continued at the Ageas Bowl in the opening T20I against England.

Pandya credited his “support system" for keeping him on the right track in good and bad times.

“Clarity has always been there in my life. Whenever I felt that there is no clarity in my life, I always take time off and try to identify and rectify it.

“For me my support system is very strong. My family is very important for me. That also brings clarity. When I am little confused there is Krunal (brother), my sister-in-law, my wife... Such a strong bonding we share that if I deviate a little they kind of bring me back,” he said.

Pandya, who became only the fourth player from full member nations to score a fifty and take four wickets in a T20I match on Thursday, made it clear that with the T20 World Cup coming up later this year, white-ball cricket is his priority now.

“This is a white-ball season, so I’m all focussed on white-ball. Right now it is better for me to play as many white-ball matches for India. The opportunity in Tests will come. What to play what not to play, time will only tell but it’s simple for me, to give 100 per cent in whatever matches I get to play,” he said.