However, he acknowledges that it’s a part of the new normal and that they have to get the job done regardless 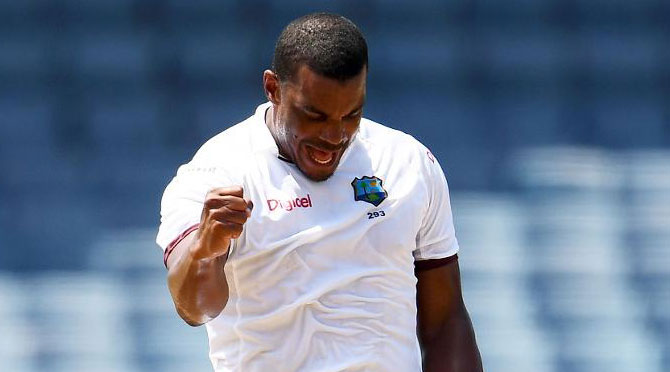 An ankle injury had initially consigned Shannon Gabriel to the reserves. Not only did he regain fitness to make the West Indies main squad, but also earned the team management’s faith to be included in the XI for the first Test in Southampton. A superb spell helped the Windies to take a 1-0 lead in the ongoing three-match series versus England.

Outstanding figures of nine for 137 earned Gabriel the Man-of-the-Match award in the game that also marked international cricket’s resumption amid the pandemic threat.

Gabriel does agree that victory at the Ageas Bowl was a special feeling for both him and the rest of the Windies squad, which is keen to make an impact, especially in view of the Black Lives Matter (BLM) campaign. At the same time, the pacer also points out that the Windies have only done half their job and it’s now time to move on from the opening Test.

The second Test begins in Manchester from Thursday.

“Yeah, it feels good to lead this historic series… Great effort from the guys…

“However, that win is past now. We look forward now and plan to approach each match with utmost seriousness and intensity,” Gabriel told The Telegraph on Wednesday.

Fitness has been an issue for Gabriel, as the previous game was his first Test appearance after almost a year. The game in Kingston versus India, back in August 2019, was the last time he played a Test before the one in Southampton.

“Gabriel is more a hit-the-deck kind of bowler. He can bowl well with the heavy ball.

“I saw him play in the two Tests versus India last year as I was commentating there. He appeared to be struggling with his fitness,” said former India left-arm pacer Ashish Nehra.

“But now that he looks fit, he did well in the first Test. He bowled wicket to wicket and got success.”

Conditions in the first two days in Southampton were bowler-friendly. But once the sun came out, it became tougher for the pacers especially to bowl with the modified ICC guidelines in effect.

Bowling without applying saliva did make matters difficult, Gabriel acknowledged. “It was actually hard to adapt to and getting the ball to move as much as it does in normal cases (with application of saliva) was a challenge.

“However, it’s a part of the new normal and we have to get the job done regardless,” he said.

The Windies are of course playing a massive role in the BLM campaign. Gabriel, though, has his own take on the matter when asked if this has acted as a catalyst for the side.

“It is obviously something that we feel very strongly about and we decided to make a statement as a team. Many, many thanks to the ECB for doing so in solidarity with us...

“However, while it may have given players even more drive, we don’t necessarily need added motivation in order to perform in Test cricket,” he said.