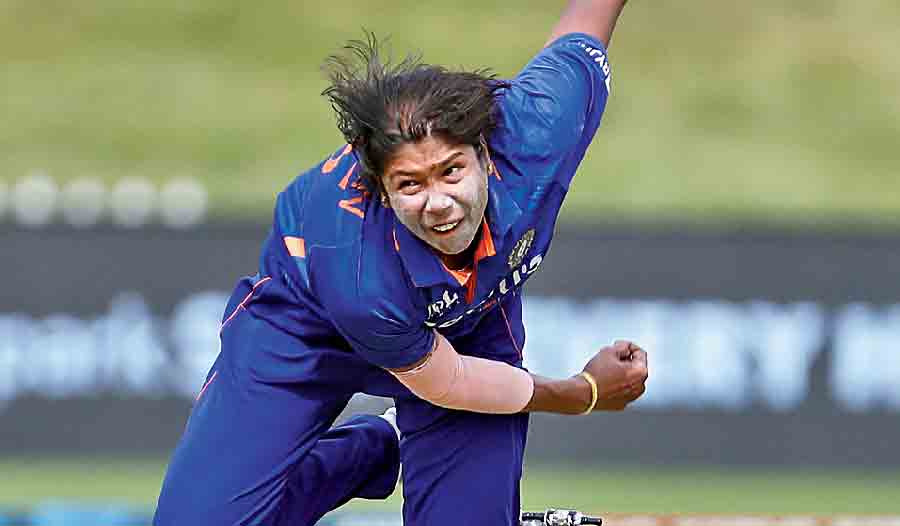 Jhulan Goswami will be featuring in her final international series when India women take on their England counterparts in three ODIs, the first of which is at the County Ground in Hove on Sunday.

The 39-year-old fast bowler, with 12 Test, 201 ODI and 68 T20I appearances, is set to bid adieu to international cricket after the third and final one-dayer at Lord’s on September 24.

No wonder captain Harmanpreet Kaur and her teammates would like to win the series and give the women’s cricket legend a fitting farewell.

It’s after almost six months that Jhulan would again be wearing the Indian jersey.

India’s World Cup game against Bangladesh in March in Hamilton was the last time she represented the country.

Thereafter, she had to spend quite some time for recovery after sustaining a side strain. Jhulan then also wasn’t considered for the ODI leg of India’s tour of Sri Lanka in July.

However, before joining the squad for the England tour, she had put in hours of practice and training at the Cricket Association of Bengal’s indoor centre.

That only signifies her intensity, which seems to remain absolutely unaffected. Even though Jhulan is at the fag end of her career, she still appears to be hungry to perform and succeed.

For Jhulan’s colleagues, though, they have to lift their game in all departments after losing the T20I leg of the ongoing tour.

India got most things wrong in the T20Is, which they lost 1-2, especially in terms of their batting and fielding.

While Smriti Mandhana and Harmanpreet continue to hold the batting together, young Shafali Verma needs to find consistency after three years on the international stage.

The onus is also on the likes of Renuka Singh and Pooja Vastrakar to prove that the Indian women team’s pace department does have a future after Jhulan.

This series is also a part of the ICC ODI Women’s Championship, which will eventually decide the qualifiers for the 2025 World Cup.