Throughout the game we got better and better on a very docile wicket: Joe Root 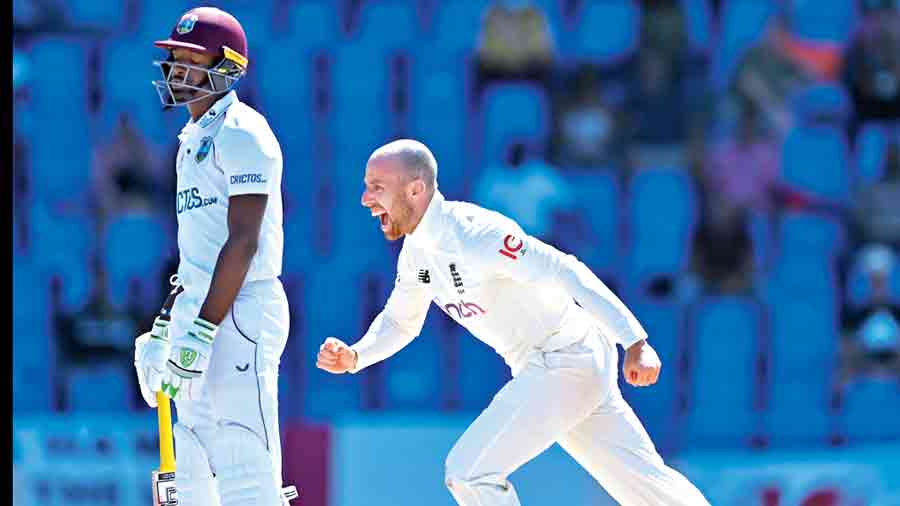 England fell short of victory as West Indies survived for a tense draw despite a top-order collapse on the final day of the first Test in North Sound on Saturday.

The home team were reeling after losing four wickets for eight runs in their second innings — including those of John Campbell (22) and Jermaine Blackwood (2) — who inexplicably fell making aggressive Twenty20-style shots.

West Indies still had to survive another 36 overs at that stage, but experienced allrounder Jason Holder and first-innings century-maker Nkrumah Bonner steadied the ship, surviving until the end at Viv Richards Stadium on the island of Antigua.

Though West Indies will be happier with the draw than England, both captains sounded content with the result. “Throughout the game we got better and better on a very docile wicket,” said Joe Root of his England team.

His counterpart Kraigg Brathwaite described the result as hard fought. “I thought that was a very good effort,” he said.

While Root was disappointed his team could not finish off the West Indies, he was hardly going to complain after a winter of discontent. England, under plenty of scrutiny at the best of times, arrived in the Caribbean even more so after a 4-0 Ashes drubbing by Australia.

“I’m really proud of the team today (Saturday), the (whole) week actually,” Root said after the match finished in a draw, England coming up six wickets short of bowling out West Indies in the second innings on the island of Antigua.

“From that first hour when we found ourselves in a tricky spot (losing four quick wickets), I think the character we showed off the back of the previous tour to not panic and get ourselves back in the game ... we got better and better on a very docile wicket for our seamers.

“(There are a) lot of good signs going into the rest of the series.”

England’s cause was not helped by the absence in the second innings of Mark Wood, out with a right elbow injury that Root said would be evaluated before the second test starting in Barbados on Wednesday.

Wood’s presence might not have made much difference in the end, but it certainly did not help the cause. “On that sort of wicket the extra bit of pace with the reverse (swing) is exactly what you want,” said Root.

The captain, one of three century-makers on the England team, heaped praise on the other two, veteran Jonny Bairstow and young Zak Crawley.

Bairstow, coming off a century in his final Test in Australia, was ultra-cautious early before cutting loose later in his knock of 140 in the first innings.

“Jonny, to read the game and play that kind of innings in that situation, showed great maturity and you could see the confidence he took from the way he played in the back end of Australia,” said Root.

Crawley’s 121 in the second innings provided evidence of why England stuck with him after a long lean spell that followed a double century against Pakistan in 2020.